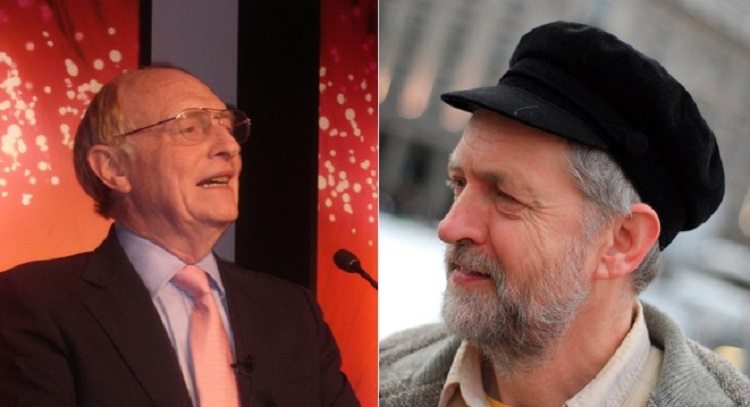 This is the second part of Steve Topple’s analysis of why Jeremy Corbyn needs to win the Labour leadership contest.

So, with the National Executive Committee (NEC) deciding on Tuesday whether Jeremy Corbyn can be on the leadership election ballot without nominations, it would appear that the battle for the title of Labour leader is on.

But this battle is merely now part of an ongoing war for the very heart and soul of the Labour party. And it’s one that Corbyn has to win.

As I described on Monday, the established elite within Labour have a textbook, well-worn response to anyone whom they deem a threat to the traditional order of things. That is, what the parliamentary Labour party (PLP) considers to be in its own interests. Cries of “hard left!” “entryists!” and “Trots!” are the simplest way to silence and nullify dissent. You only have to browse Polly Toynbee’s column in the Guardian on Tuesday to notice this.

But Labour’s problems, and their current implosion, run a lot deeper than just this. The point we find ourselves at today – a battle between Corbyns social democratic ideals and the centre-right factions like Progress – have been bubbling for decades.

It has been the slow destruction of any notion of what “left-wing” actually means that has brought the party, in part, to this point.

To many, Michael Foot and Neil Kinnock are regarded as the gatekeepers to the ushering in of Tony Blair’s “Third Way”. As Peter Taaffe, general secretary of the Socialist party of England and Wales describes:

Michael Foot was undoubtedly to the right of Tony Benn – hence the clash between them in the early 1980s. Foot gave a leg up to Tony Blair who wrote to him in 1982 claiming that he “came to socialism through Marx”. He subsequently recommended Blair as a good prospective MP in the last available seat, Sedgefield, before the 1983 election.

Foot was pushed aside to make way for his protégé Neil Kinnock, who initiated a vicious witch-hunt against Militant [a left-wing faction within Labour in the 1980s] and drove the Labour Party to the right – even eliminating Michael Foot’s cherished demand for unilateral nuclear disarmament – which in turn opened the way for Blair.

Ultimately Taaffe regards Foot and Kinnock as the protagonists of the destruction of the Labour party as a bottom-up, workers’ organisation and its Phoenix-esque transformation into a vehicle for corporatist capitalism and those muddied waters between the centre and the centre-right.

And herein lies the problem. Since the eighties, the notion of a “left-wing” Labour party has been utterly bastardised by the likes of Kinnock, Blair, Peter Mandelson and Alastair Campbell.  It has gone from being an organisation to represent the working and precariat classes in society, to that of essentially being a vehicle for corporate interests.

Blair’s Third Way was, in layman’s terms, left-wing social policy coupled with right-wing economics. But the problem with triangulation is whichever political side the financials fall on is the one that ultimately sets the agenda. Hence the notion of “socialism” has been watered down with a drip, drip, drip of infection by politicians whose economics are essentially neo-Chicago School in thinking, dictated to by the stock markets and multinational corporations. Thus, we now find ourselves with social democrat Corbyn portrayed as being a bedfellow of Stalin.

And it’s these markets and corporations which are, ultimately, the driving force behind the current attempt at a coup within the PLP. Furthermore, it’s these which may ultimately see the permanent fracture of the Labour party as we know it.

To say that Blair’s “New Labour” was pro-business is undeniable, and no explanation is needed. Under his administration, the stock markets and multinationals were King, money was the Queen and, as the Prince of Darkness Mandelson himself said, the party was:

intensely relaxed about people getting filthy rich as long as they pay their taxes.

However, there was a perceived paradigm shift under Ed Miliband and Ed Balls’ tenure, towards a more socially democratic agenda which didn’t put the markets and corporations at its heart.

Except there wasn’t. It was merely a clever PR game, disguising the fact that really, nothing had changed.

Most of Balls’ economic policy came from think-tanking with the likes of former US Treasury Secretary Larry Summers (a man considered to be one of the Bill Clinton-era policy architects that led to the 2008 financial crash). The ideology which dominated Miliband’s Labour was based around Balls and Summers’ conclusions. An overarching ideal called “Inclusive Prosperity”.

Simply put, it was the notion that wealth hadn’t been trickling down and it was time to redress the balance, via various methods. It impacted nearly every other area of Labour’s manifesto.

But the nuts and bolts of the mantra weren’t that at all. As I wrote in January 2015, Inclusive Prosperity actually had its roots in a joint project between management consultants McKinsey and right-wing NeoCon think-tank the Henry Jackson Society:

“Inclusive Capitalism” is described as a “long-term” way of “maximizing the extent to which capitalism can heal its own ills”, in the hope that “the capitalist system that has made our societies great will continue to do so”.

Endorsed by everyone from the International Monetary fund (IMF) to Mark Carney (governor of the Bank of England) via every banker on Wall Street and in the City of London, Inclusive Capitalism was in essence:

merely [a] PR firewall – coercing the public into believing that capitalism knows it’s been naughty, and will play nicely from now on – sharing a portion of its pie; the size of the portion? The same as it’s always been.

It was (and still is) a con, as was Miliband and Balls’ sister project Inclusive Prosperity. As I described last year:

The basis of Labour’s campaign, so far, revolves around the fact that they are not “New Labour” – Ed Miliband declared, after the victory over his brother, that “era was over”. He is famously quoted as saying “While there’s capitalism, there’ll be socialism, because there is always a response to injustice”. The party faithful still see him as “Red Ed”, bringing the Left home to Downing Street.

This is simply mythical. When you have party policy which is formed from the findings of big businesses own self-serving analysis, directly influenced by the agendas of some of the most powerful corporate leaders in the world, “socialism” doesn’t get a look in – and to think it does is delusional. Courting big business? Labour may as well employ a pimp.

And it’s here that we have to look for another reason why Corbyn is being so furiously opposed by the PLP and its henchmen in the media and business.

Because in the party, Corbyn stands as a road block on corporation’s route into political influence and lobbying.

And he is one obstacle that they will do anything to remove.

This is the second installment of a three part series. Part three will be out on Wednesday, and you can read part one here.