The Labour leadership contest is becoming uglier than hell - Canary 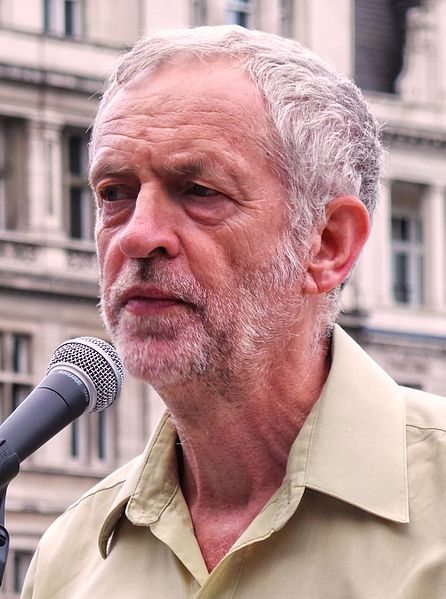 In the wake of the Brexit vote, and the absence of leadership from the Conservative government – Labour could have been sweeping the country with a reassuring message right now. Instead, a long-planned power play by the right of the party has dragged the Labour movement into a war with itself.

Jeremy Corbyn has responded to the vandalisation of the constituency office of Labour leadership challenger Angela Eagle by urging all Labour members and supporters to:

act with calm and treat each other with respect and dignity, even where there is disagreement.

Corbyn revealed that he has been receiving death threats this week and in the past, and as a leader who is fighting to be included on the leadership ballot without sufficient nominations, you would think this struggle would demoralise and inflame him. But throughout the process of the leadership contest, and the ugliness which has surfaced, Corbyn has remained calm and collected in the face of adversity.

The Labour party and Angela Eagle have continually doubted Corbyn’s leadership abilities, and he has repeatedly been described as a “nonce”, “traitor” and a “cancer” on Twitter. Yet even in the face of this barrage of put-downs and insults, as well as an engineered coup against him, Corbyn has been able to hold onto his position as leader.

Not only has he been able to resist this well-devised attack from his party, but he has also generated a 100,000 increase in Labour members and support from major trade unions since the EU referendum. So while his party and the leadership contenders may insist that he is completely unfit as leader of the party and the country, Labour members and unions clearly think otherwise.

Corbyn’s reaction to threats against himself and others demonstrates what supporters admire about him the most; his moral dignity, strength and commitment to keeping politics clean. He commented further on the out-of-control nature of the leadership bid, saying that it is “extremely concerning” that “other MPs are receiving abuse and death threats”. He added:

I utterly condemn any violence or threats, which undermine the democracy within our party and have no place in our politics.

Can we take the opportunity of deploring such hooliganism and thuggery, whoever commits it and whichever party is involved?

Even though the Labour party has stooped to the low of devising a manipulative attack on a leader supported by its members, at least other MPs recognise the need to keep party disputes non-violent.

For current or potential Labour supporters, you can sign this petition to back Jeremy Corbyn.