Theresa May has been 'crowned' PM, but now there's even worse news - Canary 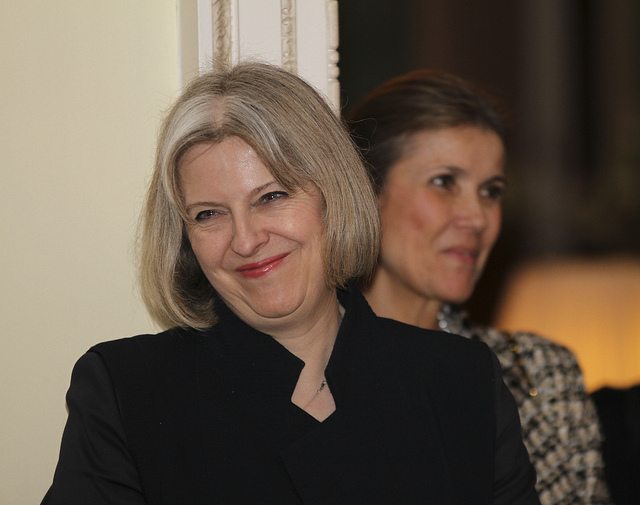 The shock result of Theresa May taking over David Cameron’s position of prime minister as early as Wednesday evening, has left everyone dizzy. But things just got worse. We might actually be stuck with her until 2020.

There has been widespread outrage at the news that an unelected candidate will now become the leader of the country by essentially hanging on while all other candidates pulled out. This has translated into understandable calls for a general election so that, in true democratic style, the country can decide.

Tim Farron, leader of the Liberal Democrats party said that May now had no mandate and she was essentially being ‘crowned’:

There is simply no way that May should be crowned prime minister without even having won an election in her own party, let alone the country. She has not set out an agenda, and she has no right to govern. She has not won an election and the public must have their say! Britain deserves better than this.

These calls were echoed by Caroline Lucas MP of the Green Party: 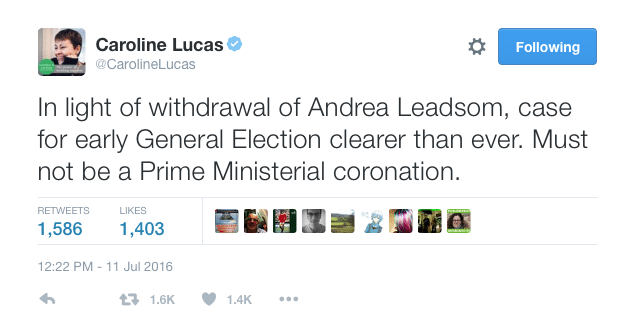 And Jon Trickett, the Labour election co-ordinator made clear the opposition were ready to take her on:

It is crucial, given the instability caused by the Brexit vote, that the country has a democratically elected prime minister. I am now putting the whole of the party on a general election footing.

May ruled out an early general election in a previous speech claiming there needs to be stability over Brexit negotiations. But Betfair believe the odds of seeing one this year have just increased.

From previous odds of 5.80, they see these narrow to a punt at 3.50 due to the increasing view the country should choose their Government.

Lest it also be forgotten that this was indeed May’s own view back in 2007 when Gordon Brown succeeded Tony Blair in the Labour Government of the day. When Brown failed to call for a snap election, May accused him of “running scared of the people’s verdict”.

Her jibes at Brown are now forming the bass line in the rhythm of her hypocrisy. Perhaps instead of saying “there should not be a general election” she might have said that there “cannot” be one. Brown at the time said that there was no demand for an election from the public and that the petition calling for one contained six names.

The petition that called for a general election this year reached 175,202 signatures but has already been rejected for consideration for debate.

The government’s response was that:

The previous term under the Lib Dem/Tory coalition saw the Fixed Terms Parliaments Act 2011 come into force, which prevents dissolution of parliament except in two very exceptional circumstances, under Section two of the act. The House of Commons must resolve that they have no confidence in the current government or else a motion to hold a general election must be voted in favour of by two thirds or above – that includes empty seats.

The Conservatives currently hold 330 out of a total 650 seats in parliament where one is vacant.

Featured Image via US Embassy London/Flickr