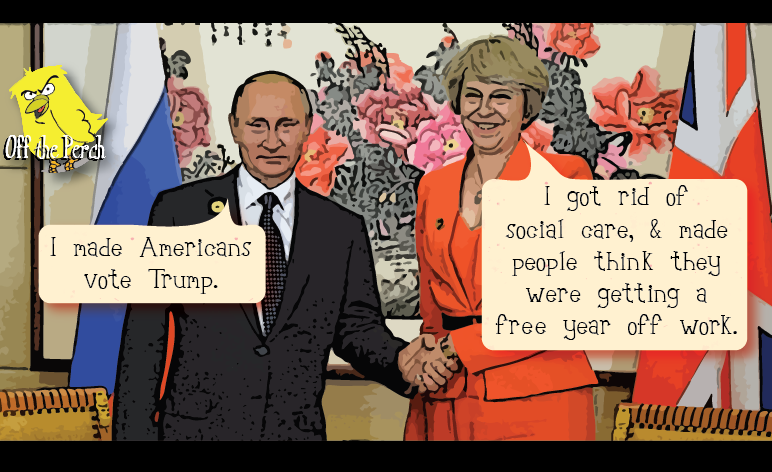 Those of us with sick relatives know that social care is bad and getting worse. Not because of the people working in the industry – who have to speed between far-too-short appointments with barely a second to spare – but because the government doesn’t fund it properly.

But now the Tories have a solution!

Because if your relative gets sick, you will soon be able to care for them yourself!

While earning no money whatsoever!

At this point Theresa May has entered full-on Del Boy mode. Standing in a busy market in her sheepskin coat and flatcap. Shouting out deals which sound unbelievable – largely because they are:

She calls out, before mumbling under her breath:

The year will be unpaid and potentially in lieu of any social care your relative deserves because they fucking paid for it.

We’re not falling for this are we?

Other eagle-eyed people have noted that a lot of the things the Tories are talking about fixing were in fact caused by the Tories. And in Theresa May’s case, readily voted for. Although most of the media is portraying it as a simple attempt to win over working-class voters.

In most other professions, the fact that the Tories are responsible for this mess would discount them from being allowed to try and fix it.

You wouldn’t, for example, allow the cookie monster to look into the missing cookies. You wouldn’t allow Oscar Pistorius to investigate whether or not he shot his girlfriend.

But this is politics. This is Britain. And if the Tories want to carry on screwing people over, then who is the media to hold them to account?