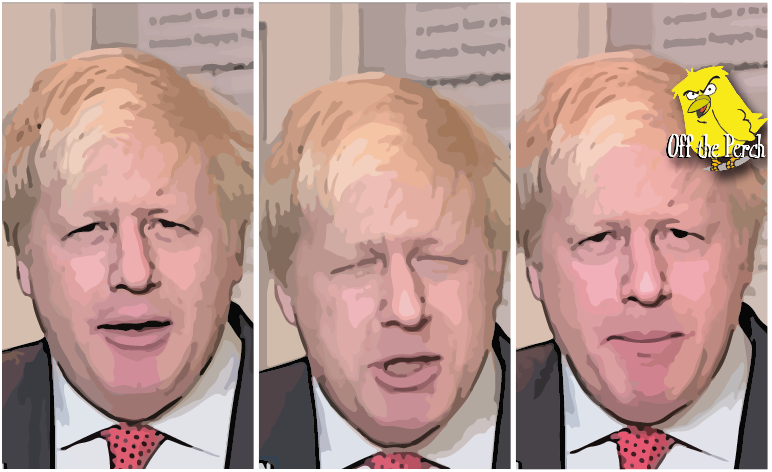 Anyone following the (first) 2017 general election knows that the tabloid media has no time for politicians who mess up in interviews.

Which is why it’s so surprising that Boris Johnson’s latest car-crash interview attracted so little attention. Despite the fact that, at one point, he literally crashed a car.

Johnson was being interviewed by the BBC. Or at least he was supposed to be anyway. The feckless Foreign Secretary turned up 45 minutes late and covered in what looked suspiciously like Wotsits residue. Johnson explained:

Johnson then locked eyes with the interviewer and passed wind for a full 15 seconds.

Once the release of gas had ceased, he looked at the interviewer – the only other person there – and asked:

Look, it’s obviously very upsetting that wind has been passed. But attempts by Labour to claim that I dealt it are clearly politically motivated.

People are turned off by insults in politics. That’s why those pudding-headed mugwumps in the Labour Party need to keep their greasy chip-caverns shut.

None of these responses answered questions that had actually been asked, though.

When this was pointed out to Boris, he grew angry.

This is a stitch-up, and I’m not having it, you hand-moisturising grumble-wocky!

Johnson then picked up the interviewer’s car keys and attempted to drive away. An attempt which was ultimately thwarted by Johnson’s inability to achieve anything – the Etonian thug drove straight into a nearby hedge.

“Blasted Labour!” he shouted as he removed a bird’s nest from his hair.

He then continued to blame the socialist party as irate mother crows pecked at his eyes and groin.

Unless, of course, it was.

In which case, Boris Johnson – a man who is the UK’s ambassador to the world – should be open to the same level of scrutiny.

Or better yet, just fuck off entirely.