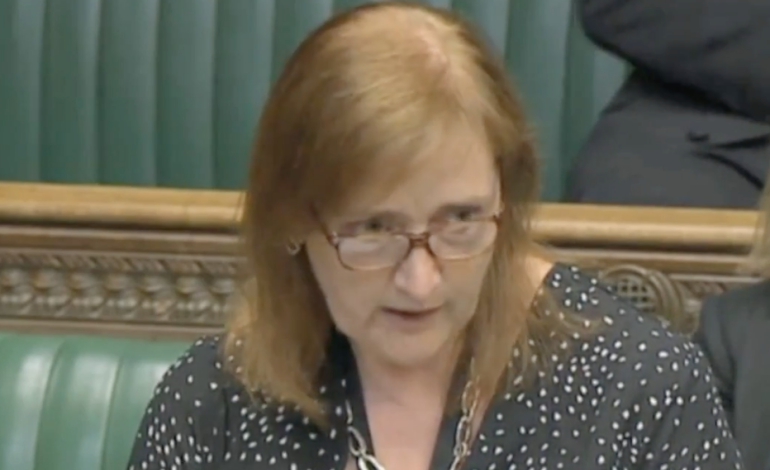 The MP for Kensington, the constituency where the Grenfell Tower fire took place, gave her maiden speech at the House of Commons on 22 June. And she used it to set out the heartbreaking conditions of poverty that exist in London’s wealthiest borough, as well as documenting the failures that led to the tragedy at Grenfell.

Emma Dent Coad was elected as the first Labour MP for Kensington (formerly Kensington and Chelsea) by just 20 votes. Unsurprisingly, her first speech centred around the horrific events which have unfolded in her borough since the election:

The horror and fear of this man-made catastrophe will be etched on all our hearts forever. The tears may never stop. I know this from the grief etched on the faces of people in Ladbroke Grove. Total strangers approaching me for comfort, ​reassurance, a question, a hug, to share their fears and disbelief that such horror could be visited upon our neighbourhood. And the burnt-out carcass of Grenfell Tower and all it represents, lowers over us. And the Red Cross managing a relief programme — in Kensington.

Dent Coad further spoke about “diminishing housing standards, and about how appeals, complaints and petitions have been ignored and discredited”. And she spoke about the “frustration” of being a councillor with no power:

Eleven Labour councillors in Kensington and Chelsea Council listened to the concerns, and put them forward and shouted out for their residents, but they are a minority; decisions are made in cabinet, where Labour has no representation.

Dent Coad also slammed the levels of poverty in the area. She described what she’d witnessed:

I have seen housing conditions that are shocking. Homes growing toxic black mould. Five children squeezed on mattresses in one bedroom. Homework done in relays. Chronic health problems such as asthma, with children being carted off to hospital at night. Malnutrition rife. The simple day-to-day organisation of clean clothes, food and personal cleanliness carried out in rotas to allow a semblance of respectability.

It’s also important to remember that this level of poverty is happening in one of London’s wealthiest boroughs. As Jeremy Corbyn stated when he addressed parliament after the fire:

Kensington is a tale of two cities. The south part of Kensington is incredibly wealthy, it’s the wealthiest part of the whole country.

As Dent Coad made clear in her speech, it is time that things changed:

The burnt carcass of Grenfell Tower speaks for itself and has revealed the true face of Kensington — the mask has dropped. We have poverty, malnutrition, overcrowding, poor maintenance and, underlying this, a lack of care. The people who have been failed want justice, accountability, and an honest and transparent process to achieve it. We all now have to step up and ensure that we live in a world where a terrible and avoidable tragedy such as the fire of Grenfell Tower never happens again.

Many people rejected the Conservatives’ austerity agenda at the general election. And the tragedy at Grenfell highlighted exactly how devastating the cost of austerity can be. Across the country, people are sending a message that we will not put up with extreme poverty, cuts to services and inadequate social housing, all while the rich profit.

Grenfell should not have happened. And it should not take a disaster of this magnitude for conversations about social housing, gentrification, and poverty to take place. But as Dent Coad pointed out, the least we can do now is work towards a world where this is never allowed to happen again.