Corbyn wins a new victory. And it's the one Theresa May's been dreading [VIDEO] - Canary Workers’ Co-op 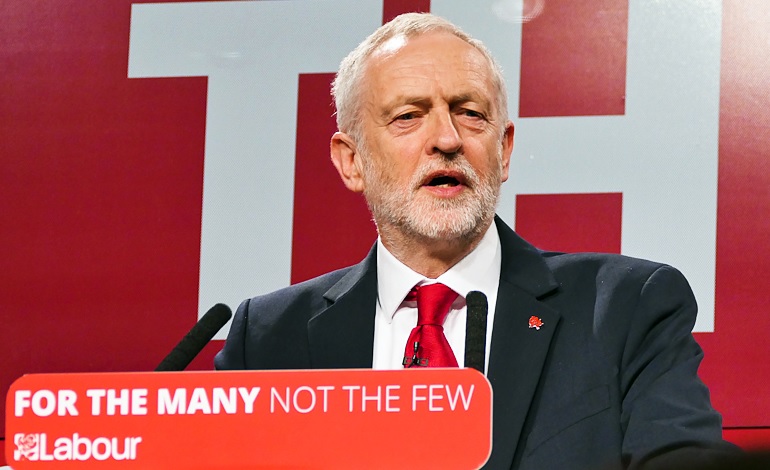 Labour leader Jeremy Corbyn has just won a new victory. And it’s the one Theresa May’s been dreading.

A new poll suggests that Britain now prefers Corbyn over May in the role of prime minister. And the mood in different sections of the country seems to back that up.

Labour’s poll standing and Jeremy Corbyn’s standing surged as people were able to hear our message, policies and Jeremy directly.

And even one BBC editor suggested that the election was proof that right-wing tabloids were losing their stranglehold over British politics.

But Corbyn didn’t just break through during the election period, increasing Labour’s vote share more than any party leader since Clement Attlee. He and his party have continued their surge since the election results came in, too.

While May had a 39% lead over Corbyn on this measure at the start of the election campaign, that gap has now disintegrated. 35% of the people YouGov polled in its latest survey said Corbyn would make the best prime minister. And only 34% said the same about May.

This result adds to a series of other post-election polls which show Labour up to six points ahead of the Tories.

Corbyn is planning to address a 100,000 strong crowd at Glastonbury on 24 June. He’ll speak before Run The Jewels perform at 4.15pm, and will also address the ‘LeftField’ stage.

And festival-goers are clearly feeling the Corbyn surge. With Labour being powered primarily by voters under 50 in the 2017 election, it’s little surprise that the party’s leader is very popular among Glastonbury attendees.

But one phenomenon in particular has captured the mood of the festival this year.

On the morning of 21 June, dedicated Glasto attendees began to chant as they waited for the gates to open. And as is now becoming common at many live events, people sang “Oh Jeremy Corbyn” to the tune of the White Stripes hit Seven Nation Army. Since then, The Independent has reported that:

Barely a moment goes by without someone chanting the Labour leader’s name to the tune of ‘Seven Nation Army’… There’s no-one not talking about him.

And indeed, footage has now emerged of festival-goers spontaneously bursting into the chant on 22 June:

That Corbyn chant has really caught on at Glastonbury pic.twitter.com/unPErwNRNb

The establishment is worried

Since the election, many figures on the right of the Labour Party have apologised for showing such little faith in Corbyn over the last two years. They may even be starting to accept (with a heavy heart) that times have changed and that, as ITV‘s Robert Peston said just before the election:

Labour pressure group Progress – which Shadow Chancellor John McDonnell has previously labelled “hard right” – has now lost a major political donor. Lord David Sainsbury (formerly chair of the supermarket chain) was a minister in Tony Blair’s government. And in 2016, he was the UK’s biggest political donor, giving a £260,000 chunk of his donations to Progress. One interpretation of Sainsbury’s decision to stop donating could be that the anti-Corbyn efforts of right-wingers within Labour have failed.

Progress Director Richard Angell continues to insist on winning over former Tory voters and “stopping a hard-left takeover in constituencies”. But with Corbyn’s Labour being powered by individual contributions from an ever-expanding membership rather than by donations from corporate figures, it looks like business-powered politics is being rapidly replaced by people-powered politics.

And it’s not just right-wingers within Labour who are in trouble. There are also reports that Tory fears about Corbyn’s momentum may well have contributed to May’s survival as prime minister despite her disastrous election campaign. There are apparently worries, especially in marginal seats, that an imminent Tory leadership race could force a second general election; and that Labour would win.

As Britain saw in the weeks before the election and has seen in the weeks since, it’s Jeremy Corbyn and his party which are on the front foot. The Conservative government, meanwhile, is weak. So weak that it’s doing a deal with a regressive party backed by terrorists in order to remain in power.

The movement behind Corbyn, on the other hand, is full of energy. Now, it just needs to keep the momentum going in order to reach even more people in the UK with its mission of forging a better, fairer, and more compassionate future.