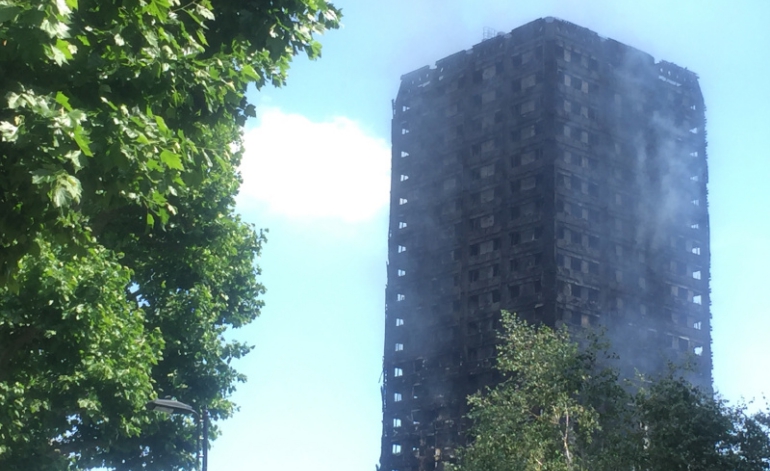 Kensington and Chelsea Council have reached a new low. It evicted Grenfell Tower residents from their hotel accommodation with just hours notice.

Moved at a moment’s notice

According to the housing campaign group, Radical Housing Network (RHN), on 23 June, residents of Grenfell Tower were given eviction notices from their temporary accommodation.

The residents were staying at the Holiday Inn in Kensington, the same borough as Grenfell Tower.

But they were informed that they would be separated and moved to other temporary accommodation by 4pm the same day.  And initially, the council planned to move them many miles away, to areas such as Heathrow.

This resulted in a standoff between residents and officials in the hotel lobby until observers from Grenfell Legal Support intervened. RHN told The Canary that one Grenfell Tower resident, who asked not be named, said:

This needs to be sorted out immediately. We have been through too much to be made homeless again. If you can’t meet our basic physical needs you are failing us.

RHN told The Canary that all 20 residents are now staying in a Westminster hotel together thanks to legal observers, though this is still outside of the borough.

In a statement, RHN said:

Today Grenfell residents staying together in a Kensington hotel were told they were going to be split up and scattered across London at a moment’s notice. Moving people around who have been through horror and trauma from one temporary accommodation to another is barbaric and unnecessary, and speaks of a degree of callousness by the authorities.

The Canary approached Kensington and Chelsea Council for comment but did not receive any at the time of publication.

Housing answers are still needed for the residents who escaped Grenfell Tower fire. While the Corporation of London have bought 68 apartments for Grenfell residents, no-one has confirmed what will happen to the private renters, subtenants, and homeowners from Grenfell Tower. RHN believes that, given the scale of the trauma, social housing in the borough should be available to all survivors.

RHN described the Grenfell tragedy as an “indictment” of a broken housing system. Under the guise of regeneration, council blocks have been systematically neglected and eventually demolished, while residents are rehoused outside of their boroughs.  And residents’ concerns are frequently ignored.

Residents who escaped the unprecedented blaze that saw a fire rip through a 24-storey building are in complete limbo. People are already being temporarily accommodated people outside of Kensington and Chelsea. And rumours remain that some people have been sent to areas outside of London.

To disrupt their lives further and separate them from their support networks is particularly cruel, unnecessary and must not continue.