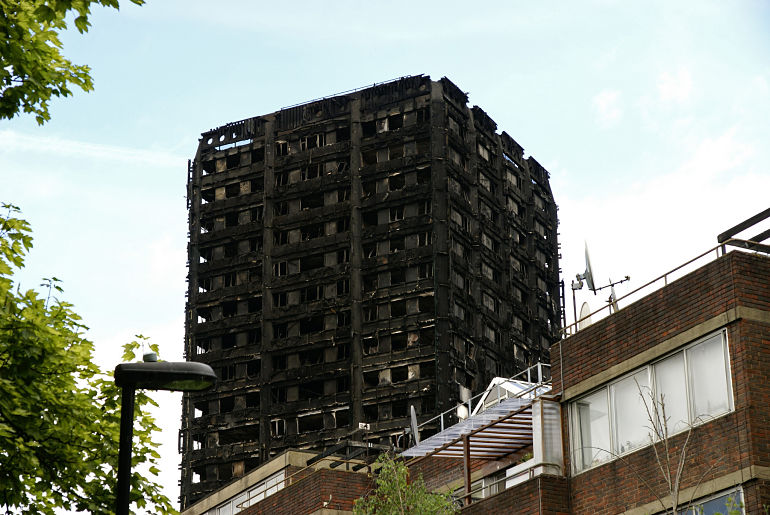 In the aftermath of the Grenfell Tower fire, around 800 households have been evacuated from tower blocks in Camden, where possible cladding problems and fire risks have been identified. Meanwhile, hospital buildings across England are also being investigated for possible cladding problems and fire risks. As well as other high-rise buildings, including offices and schools.

It also appears that Kensington and Chelsea Council considered a 2014 proposal to demolish the Grenfell Tower block by the same contractor who was later appointed to the refurbishment project. And a report provides evidence that politicians were warned of the dangers of external cladding as far back as 1999.

Over 800 households have been evacuated from tower blocks on the Chalcots estate in the London borough of Camden. This drastic action was taken on the advice of the London Fire Brigade and after tests on cladding were undertaken. The council said it would immediately begin removing the cladding from the five towers on the estate.

Although the exact cladding and insulation installed on the flats are different to that on the Grenfell Tower, the contractors and sub-contractors are the same. Rydon was the main contractor for both sites and Harley Curtain Walls (now Harley Facades) installed the cladding. There are also claims that the panels installed were not in accordance with the original specifications. The council is now seeking legal advice.

Meanwhile, NHS Improvement has written to around 200 NHS Trusts in England, asking that they check tall buildings for cladding and insulation materials similar to those installed on the Grenfell Tower.

In October 2012, Kensington & Chelsea Borough Council submitted a planning application [pdf] for a Grenfell Tower refurbishment project. Planning permission was subsequently granted in January 2014. And in September 2014, the project was lodged with the council’s Planning & Building Control department. But in May 2014, a proposal to demolish Grenfell Tower was also lodged. And the agent named to manage that demolition, had it proceeded, was Rydon Maintenance Ltd, part of the Rydon Group. Rydon was later awarded the Grenfell refurbishment contract, including oversight of cladding installation via sub-contractor Harley Facades (formerly Harley Curtain Wall).

The obvious questions here are:

Warnings about the dangers of external cladding were given almost two decades ago. In a 1999 report to the Parliamentary Select Committee on Environment, Transport and Regional Affairs, the Fire Brigades Union (FBU) highlighted the problem. In particular, it warned of fire spreading along vertical surfaces where external cladding systems were installed.

The report lists the various kinds of external cladding systems and goes on to say:

There are a number of risks that may be posed by the use of combustible, or badly installed, external cladding systems. Having said that it should be understood that cladding systems themselves are unlikely to be the first item that is ignited. They are far more likely to become involved in fire as a result of a fire in a room that has vented through the room window(s) and which is travelling up the building face. This is a common occurrence… The primary risk therefore of a cladding system is that of providing a vehicle for assisting uncontrolled fire spread up the outer face of the building, with the strong possibility of the fire re-entering the building at higher levels via windows or other unprotected areas in the face of the building. This in turn poses a threat to the life safety of the residents above the fire floor.

And this is exactly what happened at Grenfell.

But this does not appear to be the case for Grenfell Tower.

It’s now vitally important that any refurbishment projects involving combustible cladding or similar materials be identified as a matter of urgency. This is regardless of which contractor carried out the work. This will include not just blocks of flats, but any high-rise building, such as office blocks, hotels and hospitals.

Indeed, according to data collated by Tussell, premises that may need inspecting include Bournemouth and Poole College, Queen Victoria Hospital NHS Foundation Trust, Mid Essex Hospital and Edge Hill University. A total of 34 blocks of flats in 17 local authorities have now failed fire risk tests. The government plans to examine up to 600 blocks in England, though even if cladding problems are found, evacuation will not necessarily be recommended.

The controversies surrounding the fire and the cladding continue getting worse. More and more people are being affected. And evidence that the government was warned about the dangers in 1999 means that even more questions need to be asked.

In the meantime, a comprehensive examination of documentary evidence, relating to the possible causes of the Grenfell fire, can be found here.