Tory MPs lose their shit at Corbyn’s popularity. And blame the BBC for Glastonbury - Canary 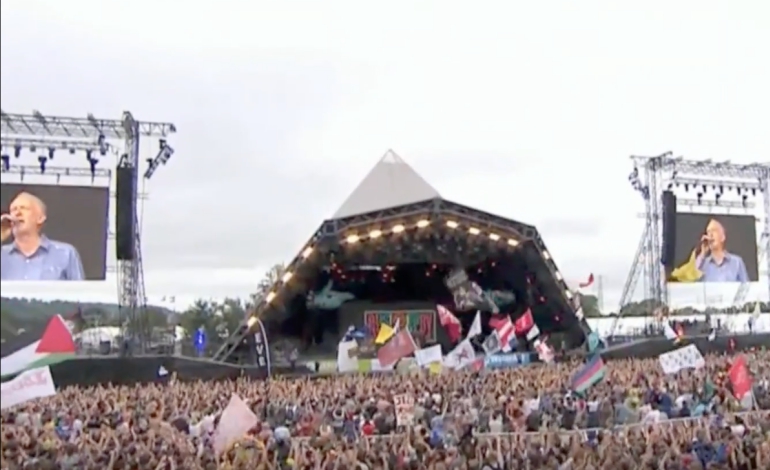 Jeremy Corbyn delivered an inspirational speech to thousands at Glastonbury. Across the festival, chants of “Oh Jeremy Corbyn” have been ringing out. Support for the Labour leader appears to be at an unprecedented level. And he has captured the spirit and the needs of so many people.

But some Tory MPs are so confused by what’s happening that they are totally losing their shit. And their response has been to blame the BBC for broadcasting Glastonbury.

It’s all the BBC’s fault

The BBC is riddled with Left-wing bias from the Today programme downwards. They will seize any opportunity to get Theresa May out. Jeremy Corbyn at Glastonbury is a typical example of their behaviour … the BBC is out of control.

The BBC will do everything they can to get their hero Jeremy Corbyn into Downing Street. Now with things like this year’s Glastonbury, it’s becoming ever more blatant. They are at the stage where if the BBC give it one more push, we will end up with a Marxist in No 10.

This sentiment was also echoed by former UKIP leader Nigel Farage who tweeted:

Why should we pay the BBC licence fee just so they can promote @JeremyCorbyn? Outrageous. https://t.co/in0cfIFw4x

Other Twitter users lamented that the BBC showed more of Corbyn’s speech than May’s appearance in Liverpool at Armed Forces Day:

Although given May was booed and greeted with shouts of “shame on you” at the event, the Conservatives should be relieved that not more footage was shown of just how reviled their leader is.

But the accusation of left-wing pro-Corbyn bias by these MPs is scraping the barrel and doesn’t match the facts.

A study from Cardiff University revealed that the BBC is pro-business and conservative-leaning in its coverage. Its research showed that 11% of news sources quoted were from business and finance, compared to Channel Four News who used just 2.2% from the sector. And specifically on BBC News at Six, business representatives outnumbered trade union spokespeople by 19 to one.

Meanwhile, the BBC’s political editor, Laura Kuenssberg, was found guilty of breaching its own impartiality and accuracy guidelines. According to the BBC Trust, Kuenssberg fell short of the guidelines in her reporting of Jeremy Corbyn’s views on a shoot to kill policy.

But no action was taken, and the false accusations were continually repeated by the Conservative Party throughout the election period. Nor did it stop Kuenssberg misleading her audience in her coverage of Labour’s proposed tax changes.

Glastonbury is, and always has been, a music festival that puts politics at the heart of what it does. Every year it’s on, the BBC broadcasts extended coverage of the festival and the bands that are playing. Normally, there is little coverage of the politics of the event, and headlines about mud are more likely to dominate the news agenda.

But something extraordinary and historic happened this year. Not only was Corbyn’s speech inspiring, as this tweet shows, the size of the crowd turning out to listen to a leader of a major opposition party speak is simply unheard of in modern times:

Thank you #Glastonbury for inviting me to speak on the Pyramid Stage about how, together, we can build a country #ForTheMany, not the few. pic.twitter.com/vutOyFsFSo

Instead of blaming the BBC for actually managing to cover the speech, Conservative MPs would be much better served at looking at why their party and leader are hated so much across the country.

Things are changing. There is a shift in political engagement. And people are rejecting the politics of austerity for a more compassionate politics that looks after the interests of all of us. It’s no wonder these MPs are losing their rag. They know that their control is diminishing and it won’t be long before their time is well and truly up.