Laura Kuenssberg tries to spin the Tory/DUP deal. But no one's buying it. [TWEETS] 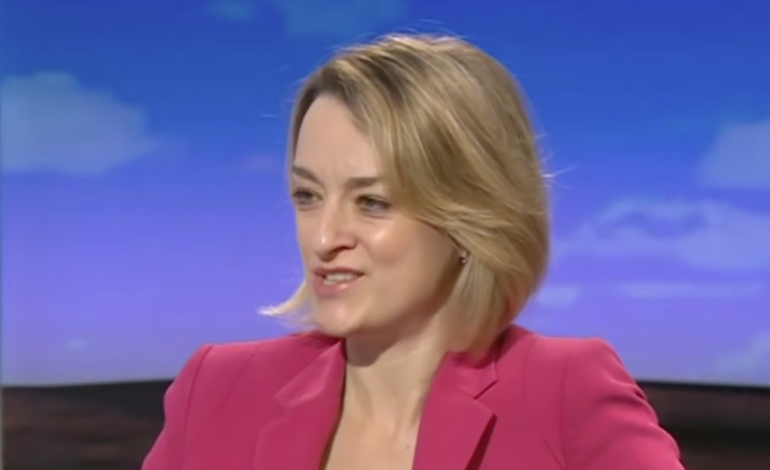 On 26 June, BBC Political Editor Laura Kuenssberg was quick to attribute concessions in the Conservative/DUP “confidence and supply agreement” to the deal’s junior partner. But no one was buying the spin.

After the deal emerged, Kuenssberg tweeted:

This was in reference to a line in the agreement insisting there’d be “no change to the Pensions Triple Lock and the universal nature of the Winter Fuel Payment”.

But not everyone believed it was the DUP that had forced the Conservative Party’s hand on these issues.

So who really forced the commitment?

Former Tory MP Rob Wilson was one of the first to disagree with Kuenssberg’s tweet. He said:

But Wilson may not be as astute a political commentator as he likes to imagine. Because his ill-fated election tactic of regurgitating smears from The Sun and The Mail just might have been the misinterpretation of the public mood that saw him lose his seat to Labour on 8 June.

But who else could have forced the concession?

Most commentators who responded to Kuenssberg’s tweet had a very different idea of who’d forced the concessions in the Tory/DUP deal:

Think you'll find that was Corbyn.

It wasn't the DUP that forced that change – it was the electorate.

I think you'll find losing the majority forced @Conservatives into that one.

Manifesto was dumped before any deal was done with the DUP. Perhaps try and follow the news. You need to keep ontop of this……

That's right…rewrite history and ignore the impact GE17 had on her manifesto.

In short, the broad consensus appeared to be that it was the electorate which, by boosting Jeremy Corbyn’s Labour and taking away Theresa May’s majority, forced the government’s hand on the Pensions Triple Lock and the Winter Fuel Payment.

Indeed, Foreign Secretary Boris Johnson effectively admitted this was the case in a disastrous interview on 21 June. When asked why the Tories had apparently dropped so many parts of their 2017 manifesto, Johnson simply said:

Well, you know… the election did not turn out exactly as we would have hoped…

The worst interview from an aspiring Prime Minister you will ever hear. Boris Johnson is finished. Listen to this… pic.twitter.com/P82WOsqdNR

Kuenssberg? Misleading? Whatever next?

Once again, it seems that Kuenssberg has not been telling us the whole story, in an apparent attempt to soften the blow for the Conservative Party. And that wouldn’t be a surprise, considering that previous studies have shown BBC reporting to be pro-business and conservative-leaning; and that Kuenssberg herself has breached the organisation’s impartiality and accuracy guidelines in the past.

The reality for May’s Conservatives, meanwhile, is that their pre-election plans for a post-Brexit race to the bottom have been thwarted. They don’t have the mandate to steamroll ahead with their dystopian vision of a bargain-basement Britain. And that’s all because a big chunk of the electorate saw through the Tory media’s hollow promises and smears. They voted for change on 8 June, and dealt a sizeable blow to the Conservative Party in the process. That’s something we can all be proud of.