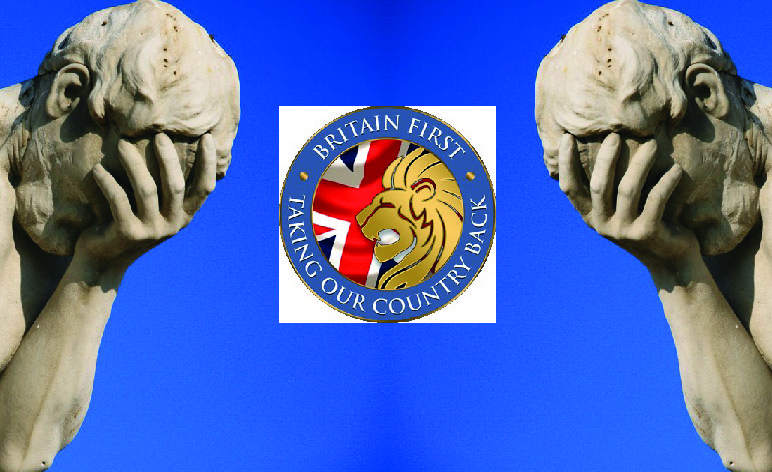 Like many figures of the gullible right, Britain First is well known for being fooled by satire. But the blundering hate-spreaders have managed to outdo even themselves this time. As they haven’t just fallen for a satirical article. They’ve tried to pass it off as their own material:

ICYMI, I wrote a satirical once about Corbyn for @JOE_co_uk (https://t.co/txB9L0efTA), British First copied it verbatim to their site. pic.twitter.com/DlaG6OFLMT

How does this keep happening?

Scientists have shown that laboratory animals will learn to avoid taking bait if it leads to an unexpected shock. But groups like Britain First are still routinely falling for really quite obvious satire. And so, as a public service, we will now explain how to recognise such material.

Take this from the opening of the article that Britain First ripped off:

Noted soldier-hater and disgusting peacenik Jeremy Corbyn sensationally SNUBBED Our Brave Boys and Girls (soldiers) this weekend by not responding to a last-minute Armed Forces Day invitation, instead making a pre-booked appearance at Glastonbury Festival.

Armed Forces Day, a British tradition for generations ever since its inception in 2008, took place this weekend.

For most of you, alarm bells are already flashing. You’re saying to yourself: ‘Can you really expect him to cancel long-laid plans like that?’ and ‘It’s not much of a tradition if it was only started in 2008 for Christmas’ sake‘. As a result of these ironies – ironies that the author seems oblivious to – you have decided one of two things:

If you’re the editor-in-thief at Britain First publishing, you should avoid plagiarising an article if either of these things holds true. Especially when statements like this occur:

Although it’s not limited to any one political leaning, it’s clear that not understanding irony is endemic amongst the right. There’s literally a person on Twitter who pretends to be Alf Garnett because he doesn’t realise that the character was a piss take of people like him:

But how can we stop these mistakes happening?

Maybe irony should be regulated?

Maybe anyone who wants to disseminate or engage with it should have to pass a short exam and carry a licence?

Or maybe – just maybe – Britain First should start checking material before it shares/steals it.

– Read more from The Canary about the far right.