'Rise like lions...' Corbyn bares his soul at Glastonbury and speaks directly to the dispossessed - Canary 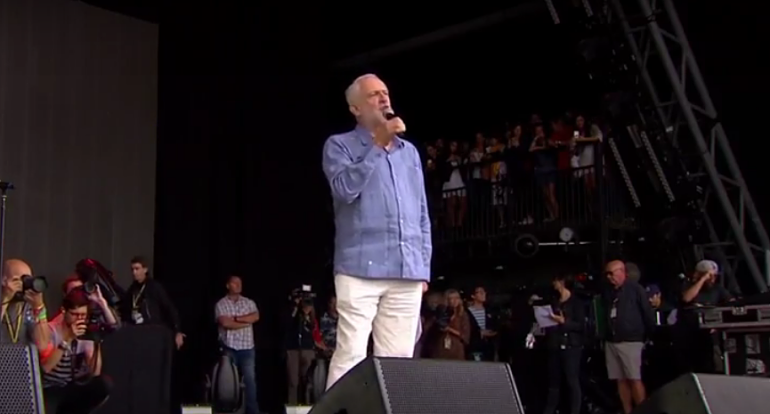 At Glastonbury on 24 June, Jeremy Corbyn poured out his soul and spoke not just to the tens of thousands gathered there. But far beyond, to the nation as a whole and to the dispossessed of the world. It was a speech that needs no comment, so none is given:

At the end of the speech, he quoted possibly one of the most famous lines in English poetry. The poem, by Percy Bysshe Shelly, was written about the Peterloo Massacre in Manchester, where an estimated 18 people were killed. Campaigners had gathered at St Peter’s Fields to demand a vote and a fairer, more just society.

In the poem, the ‘Masque of Anarchy’, Shelley ended with these lines:

Rise like Lions after slumber
In unvanquishable number,
Shake your chains to earth like dew
Which in sleep had fallen on you-
Ye are many – they are few.

Labour is still on a ‘war footing’ and is hoping for another general election soon. And Corbyn knows that the demographics are now in his favour. The young are the ones who want hope and have vision. Corbyn is offering to be part of that vision. We now all need to “rise like lions” to make that vision a reality.