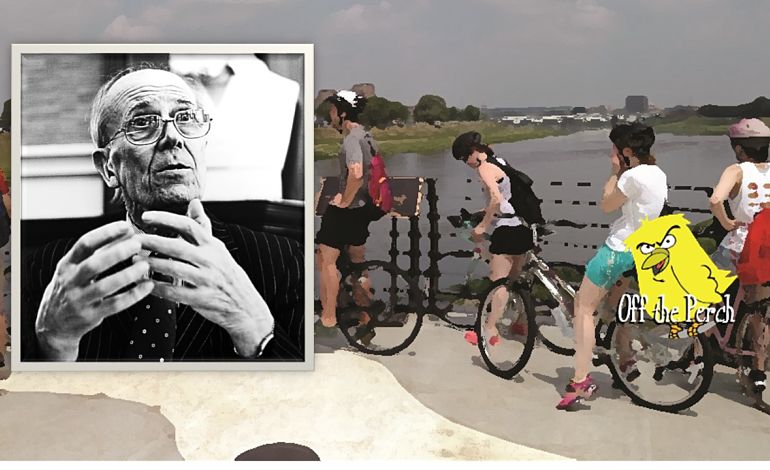 If the general election taught us one thing, it’s that the Conservative Party has totally lost the youth vote. Who’d have thought that would happen after only seven years of shafting young people from every conceivable angle?

The party had attempted to be youth-savvy by getting junior Tory blue-blood Ben Gummer to write the manifesto. But because it looked like a bit of half-done last-minute homework, everyone said it was rubbish and he lost his seat.

Since then there’s been a brief attempt to reclaim lost ground. But a senior Tory told us Activate was “so shit it needs strangling at birth”.

The Tories have looked at Labour and thought:

And so the On Yer Bike movement was born. We spoke to its co-ordinator, 58-year-old hedge fund manager and Tory donor Crispin Pannier:

The young people love to go cycling. The freedom, the wind in the hair, the camaraderie of the road. Our plan is to create groups of young cyclists, which we’ll call ‘peletons’. They will criss-cross the country visiting key marginals. On their arrival we’ll erect a pop-up youth club or perhaps have a disco. There should be a good market for it because David Cameron closed all the other youth clubs. It’s funny actually because if you talk to any keen cyclist they’ll tell you it’s all about momentum. And what we really need now is momentum. Yes… momentum… ah, momentum…

We left Pannier gazing wistfully towards the horizon and browsed the printed information for On Yer Bike. Asked why the scheme didn’t have a website, Pannier had said: “We’re not making that mistake again”. According to the pamphlet, Tebbit will occupy an ‘ambassadorial role’ rather than actually riding a bike. We understand he won’t be giving interviews in case he accidentally says something massively racist.