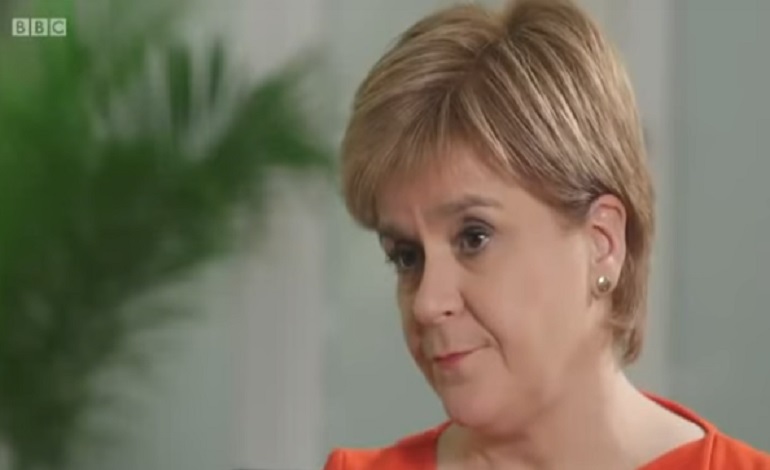 The Scottish government is embroiled in a row with an unlikely opponent: a world-leading charity. But the story encapsulates the challenges facing governments and charities alike, as both claim to have the planet’s best interest at heart.

RSPB Scotland is waiting for the Supreme Court to rule whether it can appeal against the construction of a £2bn wind farm. In October 2014, Nicola Sturgeon’s government granted permission to energy company Mainstream Renewable Power (MRP) to build the Neart na Gaoithe (NnG) site on the Firth of Forth, along with three others. But in January 2015, the bird charity launched a judicial review, claiming that:

over a thousand gannets and hundreds of kittiwake, could be killed each year during the summer months alone and many hundreds of puffin could die as a result of losing important feeding areas. Countless other birds also pass through the area on migration, and these developments will undoubtedly impact them.

It also said the key points to its objection were:

Initially, in July 2016, a Scottish Court agreed with the RSPB that the Scottish government’s decision was “unlawful”. But after an appeal from Scottish ministers and the wind farm developers, the court’s decision was overturned. Hence why, on 15 August 2017, the RSPB applied to the UK Supreme Court to have the decision looked at again. If the RSPB’s case is again thrown out, construction on the NnG site will begin in 2019, with the project going online in 2021.

While the RSPB awaits the Supreme Court’s decision, a new report has added more weight to the MRP argument. As The National reported, a study by the Fraser of Allander Institute found that, over the 25-year life of the NnG project, it could deliver:

RSPB Scotland has not taken this decision lightly, however our concerns with the manner in which Scottish Ministers’ took their decisions in 2014 are undiminished. Additionally, the issues… extend beyond simply the impacts of these developments on important seabird populations.

We are hopeful that our application will be successful and that we will be granted leave to appeal so these important issues of public interest can be considered in detail by the Supreme Court.

Sturgeon’s capitalists vs the RSPB

The case highlights the challenges facing both the renewables industry and charities, as the search for alternative energy sources gathers pace. But the public should approach the NnG project with caution.

A brief look at the people behind MRP reveals the usual line-up of vested interests. Its Chairman, Sir Roy Gardner, also heads up the private outsourcing giant Serco, and is an adviser to Credit Suisse – currently caught up in a “major” tax evasion investigation. He was previously Chief Executive of British Gas’s parent company Centrica, and was caught up in a pay scandal. Centrica increased his wage by 9.5% at the same time as it increased gas bills by 12.5%.

Other board members include a former Director of Barclays bank, a previous Senior Director for Siemens and General Electric, and a Senior Adviser to vulture capitalists at the Carlyle Group. It seems that with the NnG project, as is often the case, you have corporatist capitalists trying to cure the ills of capitalism. So it comes down to who to believe over the wind farm saga. People with money-making at the heart of their interests? Or a charity? In this case, a court will decide.

But either way, the ramifications will impact the whole of Scotland.