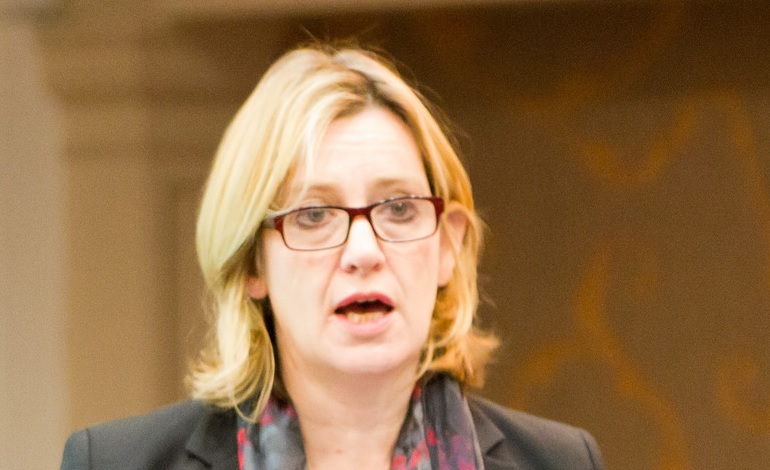 Amber Rudd’s Home Office has been having a deportation field day this summer. But a pilot just ruined Rudd’s latest attempt to expel a man from the UK. And the pilot’s heroic act as the summer draws to a close will have thousands cheering.

The UK government attempted to deport Samim Bigzad on 26 August. Bigzad fled Afghanistan in 2015 after the Taliban made threats on his life due to his employment with a company that was “working with American troops”. But the government’s deportation attempt failed because the pilot refused to take off with Bigzad on the flight.

Campaigners from the Kent Anti-Racism Network travelled to the airport to alert Bigzad’s fellow passengers to what was occurring on their flight. Campaigners hoped the information would reach the airline staff, including the pilot. And it appears the news did travel. Because as Bigzad’s cousin explained:

Samim said they were in the tunnel by the door when the pilot came out and said: ‘You’re not going to take him, I’m not flying. Someone’s life is at risk.’

Kavel Rafferty, who Bigzad has lived with for the last four months, welcomed the pilot’s decision. Rafferty had made efforts to halt the deportation, creating a petition that attracted 3,200 signatures. These signatories will undoubtedly cheer the news of Bigzad’s temporary stay; as will Rafferty’s cat Ted, who is now “the best of friends” with him.

Bigzad has relatives in the UK. This includes his father, who suffers from mental health issues; the Taliban tortured him in the 1990s. Bigzad has been his father’s main carer since he arrived. Despite this, and the threat to Bigzad’s life if he returns to Afghanistan, people expect another deportation attempt from the Home Office.

A Home Office spokesperson wouldn’t comment on the individual case but said:

All country policy and information is based on a careful and objective assessment of available evidence from a range of sources including media outlets, local, national and international organisations, and the Foreign and Commonwealth Office.

But Bigzad isn’t the only one facing potential removal. Brian White, a Zimbabwean orphan who came to Britain aged 15 with his adoptive family, may also have to return to his country of birth. White, now 21, discovered that he didn’t have Indefinite Leave to Remain in the UK while trying to arrange student finance for a place at Oxford University. Over 80,000 people have signed a petition calling on the government to grant him leave, so he can take his place at Oxford and continue his life in the UK. A Home Office spokesperson commented:

We understand the urgency of Mr White’s case and have contacted him to reassure him that we are looking to resolve his application as soon as possible.

Meanwhile, the Home Office has told Shane Ridge he “should leave the UK voluntarily”. Ridge has lived in the country all his life. But because Ridge’s mother was born in Australia during a family holiday, and his parents never married, the government says he has “no lawful basis to be in the UK”.

These cases have clear differences, but there’s a definite commonality between them. They all appear to have completely legitimate reasons to remain in the UK. But they are all ensnared in the government’s cold, cruel and increasingly defective deportation net.

Unfortunately for Rudd, however, these injustices aren’t going by unnoticed. Pilots, campaigners, and others are stepping up. And if that’s put a dampener on her summer holiday, so be it. Better that than allowing her government to play fast and loose with these people’s lives.