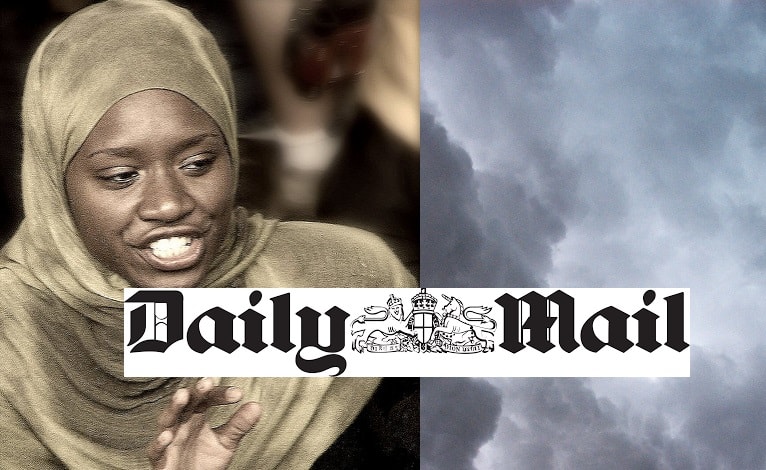 The Daily Mail has been caught red-faced after photoshopping a veil onto a Muslim woman. And that’s just the tip of the iceberg.

Picking up on a story in Rupert Murdoch’s The Times [paywall], The Mail apparently doctored a veil onto a Muslim woman to accompany its own account:

The Daily Mail seemingly edited a stock image of a Muslim woman to add the veil. At least one person on social media was “not surprised” at The Mail‘s apparent “anti-Muslim spin”.

‘There are inaccuracies in the reporting’

The original Times article centres on a child in foster care allegedly feeling distraught about living in two Muslim households. On 28 August, The Times ran the article on its front page: 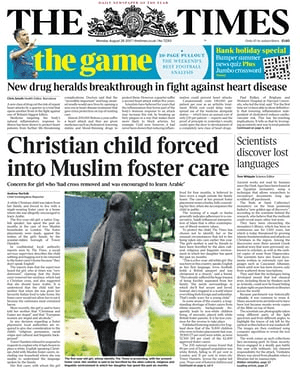 Even before The Mail edited the new image, the Times piece was seemingly riddled with inaccuracies. For one, it claimed [paywall] that a social security supervisor said the five-year-old girl was sobbing and begging not be returned to a Muslim household because “they don’t speak English”.

But since then, the local authority has disputed the article. Tower Hamlets Council in London says the girl has been placed in an English-speaking family of mixed ethnicity:

While we cannot go into details of a case that would identify a child in foster care, there are inaccuracies in the reporting of it. For example, the child is in fact fostered by an English-speaking family of mixed race in this temporary placement. We would like to give more details but we are legally restricted to do so. We have always been working towards the child being looked after by a family member and we continue to do so.

Among other outlets, The Canary requested a response from The Times but had not received one at the time of publication. Yet the original article was not only on the front page, but made noise in the political establishment. Conservative MP Philip Hollobone has since demanded a review into the fostering case. On top of that, three other Conservative MPs expressed anger in The Mail.

The Canary also offered The Daily Mail space to defend itself, but had received no reply at the time of publication.

False image on a shaky story

To sum up, The Mail took an apparently inaccurate story in The Times and ran with it. And by doctoring the image, the notorious rag added its own hateful icing to The Times’ Islamophobic cake. In response, we need to let them know we don’t want a slice.