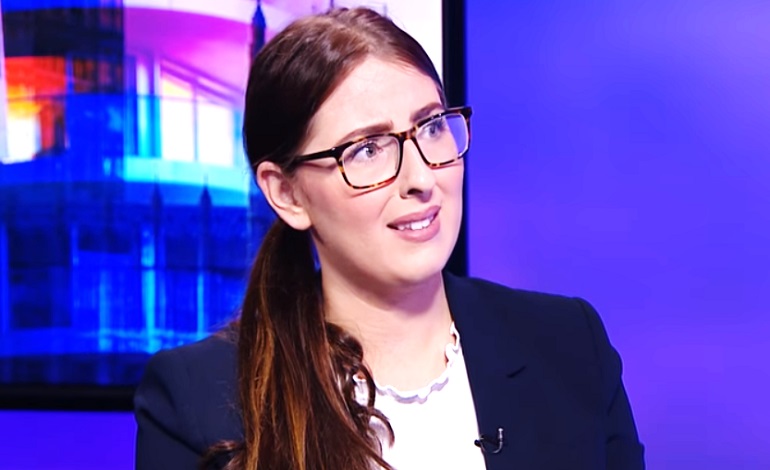 The Tories have rejected a call led by Labour MP Laura Pidcock to halt the roll-out of a controversial benefit change because it could leave families suffering “extreme hardship” at the worst time of year: Christmas. But her pleas have fallen on deaf Tory ears; ones which Pidcock has described as ‘defiant’ in the face of mounting evidence.

Better off under Universal Credit?

Universal Credit (UC) is the new Department for Work and Pensions (DWP) welfare payment. It combines various other allowances, like housing benefit, into one payment. The DWP claims that UC will “make sure [people are] better off in work”. But critics argue that UC is pushing people into rent arrears, and to food banks.

The DWP is rolling out UC in the north east of England in November and December. But this time frame, being so close to Christmas, prompted Pidcock and several other Labour MPs to write to the Secretary of State for Work and Pensions, David Gauke, asking him to delay the roll-out. They said:

There is a real worry that the introduction of UC at this time will cause extreme hardship for many people in vulnerable situations, exacerbated by the financial burdens of the festive period… The current timetable will cause our residents severe hardship over the months which are most financially difficult. We urge David Gauke, Secretary of State for Work and Pensions, to instruct his department not to roll this system out in November and December, but look to a date later in 2018.

The MPs cited that, in other areas where UC had been rolled out, people had to “wait seven weeks for payment of the benefits”; which put an “incredible strain” on them. And an investigation by The Guardian in February backs their assertions up. It found that:

But Gauke ignored the MPs’ pleas, and the evidence. He said on 25 August that:

I know change of any kind can be difficult, especially for families struggling to get by. But there are a number of important components to the programme of which, it seems from your letter, you might not be aware. You mention that sometimes the initial payment can take longer than the intended 5-6 week period. While there are cases that can take longer than 5-6 weeks, this should be put into context. Our latest internal data suggests some 80% of cases were paid in full at the end of the first assessment period.

But now, Pidcock has hit back. She told The Chronicle Live:

Whilst [Gauke] acknowledges the problems we raise, he only gives stock answers to the underlying questions posed – and expects us, as representatives of the constituencies affected, to trust that the rollout will be smooth, efficient and fair. Evidence from other parts of the country says otherwise.

Overall, he makes it very clear that Government intend to plough on with the rollout in defiance of the evidence gathered by Citizens Advice amongst others. I have asked for an urgent meeting with David Gauke to discuss these and other concerns. It’s important that he realises the implications of the decisions the Government is making on the ground and the distress that will be caused by rolling UC out over the festive period.

The best way to help people improve their lives is to help them into work, and under Universal Credit people are moving into work faster and staying in work longer than under the previous system. UC is designed to mirror the way most people in work are paid, but for those who need extra support, advances are available. We provide free WIFI and computers in all our jobcentres, and claims can also be made over the phone. We are rolling out Universal Credit in a gradual, safe and secure way and the majority of people are managing their budgets well.

Gauke had not responded at the time of publication.

Another Tory attack on the poor

The ‘Universal Credit’ has been plagued by problems from its inception. With the cost of the scheme spiralling out of control, and evidence that it is plunging people into poverty, the government should be reevaluating the policy. But instead, Gauke and his team are, as Pidcock said, ‘ploughing on defiantly’. And as with most of what the Tories do, they are seemingly doing it with no thought for the people on the sharp end.

This article was updated at 10pm on Thursday 31 August to include a statement from the DWP.