If you're a parent of a young child, the Tories have probably just screwed you over - The Canary 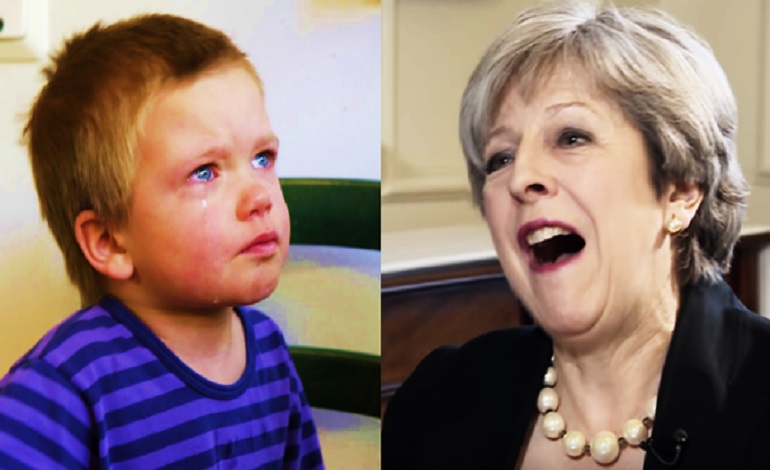 A senior Labour MP has slammed the Tories for potentially creating a “lost generation” of children, days before one of the government’s flagship policies is rolled out. And if your child is of pre-school age, you may wish to read what she has to say.

The MP for Manchester Central, Lucy Powell, has released a report [Dropbox pdf] into the £9bn the Tories have promised for childcare spending over the next five years. And the analysis by the Social Market Foundation (SMF) is highly critical of the government’s approach to early years education and childcare. It found that:

Powell said of the report’s findings:

With a singular focus on early years policies which subsidise the already well-off, the government is leaving disadvantaged children lagging further and further behind. Far from addressing this, over the next parliament this is set to get significantly worse…

This huge skewing of resources seriously risks a widening developmental gap between disadvantaged children and their better off peers at the age of five, creating a lost generation who will struggle to ever catch up…

Not fit for purpose?

Whilst 91% of childcare providers are rated good or outstanding, 3 in 10 children start reception class without reaching a good level of development. Ofsted judgments are not good enough measurements… Under this government Ofsted is the sole arbiter of quality in the early years, with the local authority roles stripped back… there are concerns… that Ofsted do not tell the whole story when inspecting early years settings…

But the report’s analysis, especially relating to the ’30 hours free’ childcare policy, is not surprising. Because as The Canary previously reported, the Department for Education’s (DfE) own trial run of the policy found serious failings.

You can read The Canary‘s full analysis here. But overall, the DfE said [pdf p14] of the trial that 57% of the 5,000 childcare places were from private companies. And here’s where the problems arose. Because according to the report:

Also, and in line with Powell’s analysis, the DfE found that the scheme mostly benefitted richer families. Because it found [pdf p21/22] that, of the parents using the childcare:

The challenge facing parents is summed up in one statistic [pdf p14]: 43% of childcare providers joined the ’30 hours free’ scheme because “they saw it as a good business opportunity”.

Powell’s analysis, along with the previous DfE report, shows a childcare system skewed out of control. When Theresa May repeatedly said that she wanted to make the UK a “great meritocracy”, many probably didn’t believe her. And now, as the evidence of her government’s failings balloon, it is clear that her words were just more vacuous platitudes.