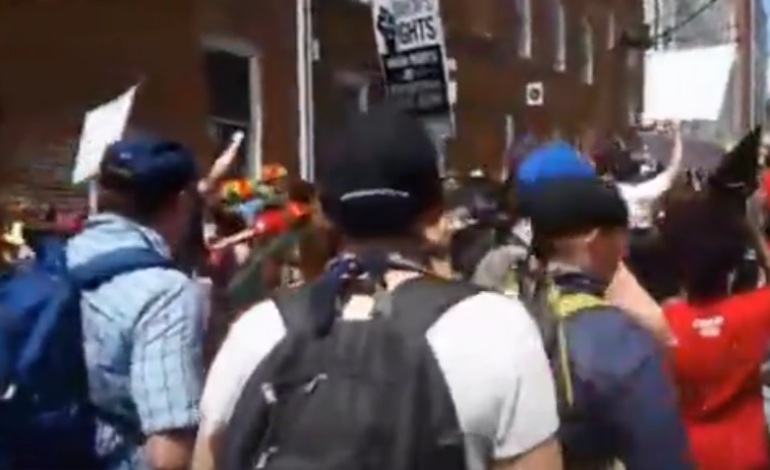 Leaked chat logs published by an independent media collective have revealed how white supremacists in the US joked about using vehicles against protesters just weeks before the 12 August terror attack in Charlottesville that saw 32-year-old paralegal Heather Heyer killed and 19 people injured as a car ploughed into protesters.

The Unicorn Riot media collective published around 1,000 screenshots of these leaked chats; including over 400 under the title #antifa_watch.

Warning: the images and language below are very graphic.

First, here’s a reminder of what happened in Charlottesville:

In the following section of the chat logs, ‘Tyrone’ says that, in North Carolina (NC): “driving over protesters blocking roadways isn’t an offense.” This user then adds an image of a combine harvester as a “multi-lane protester digestor”: 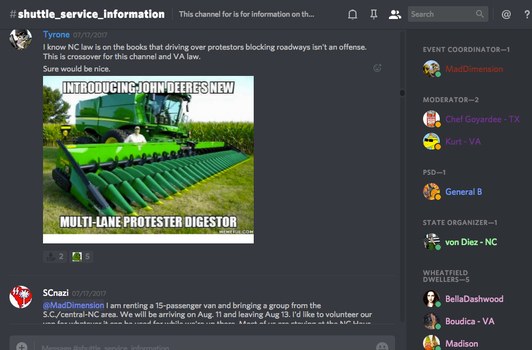 After the events in Charlottesville, the following two images also appeared on the chat logs: 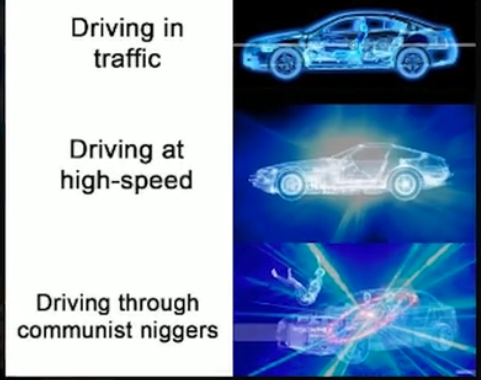 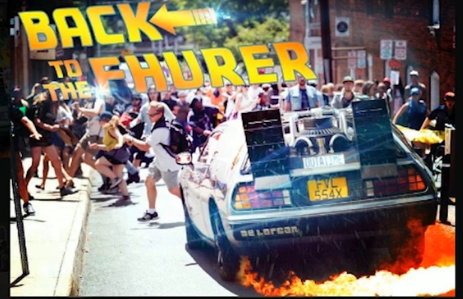 Chat users also listed websites of opponents, which ironically include the group that published these logs (Unicorn Riot): 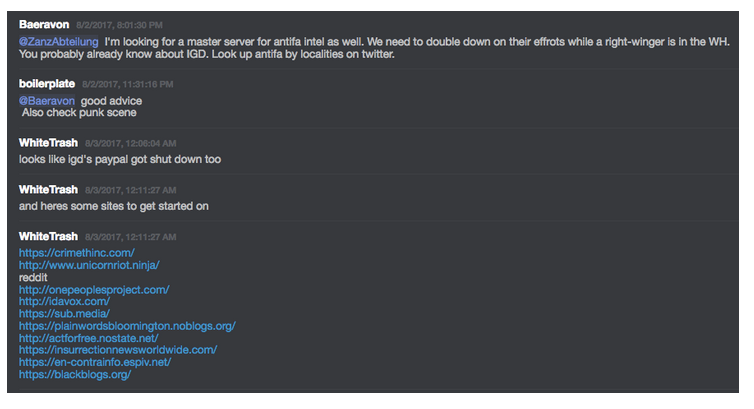 Another user added photos of left-wing groups, including the Industrial Workers of the World (IWW) at Ann Arbor University (Michigan) raising money for people to go to Charlottesville: 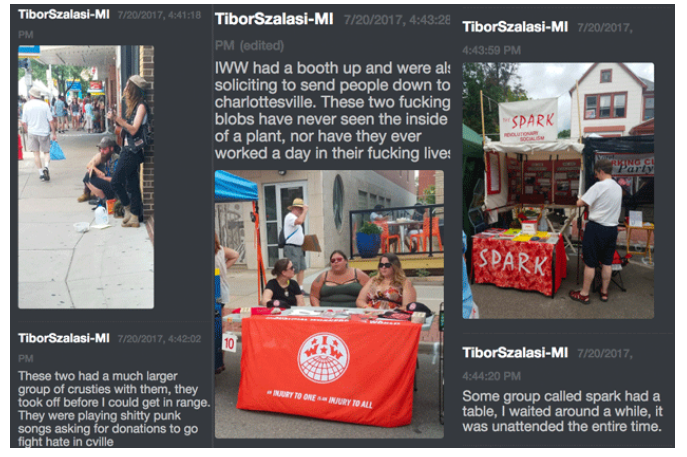 Another chat referred to It’s Going Down, an anti-fascist website.

Unicorn Riot has also published a video of selected slides from the chat logs:

According to Unicorn Riot:

After the events of the [Charlottesville protests] weekend, members on the message board mocked those injured and killed after the Alt-Right car attack against anti-fascist protesters. They also discussed bringing more guns to the next rally, blamed the local police and government for being ‘communist’, discussed doxing [Internet-based researching/broadcasting private information about an individual or organisation] anti-fascist protesters they want to target…

US President Donald Trump was ambiguous, to say the least, in his last comments on what happened at Charlottesville. And his unscripted 15 August speech at Trump Tower revealed what appeared to be his true views on what happened at Charlottesville. He claimed, for example, that there were some “very fine” people among the white supremacists and Nazis; and suggested that anti-fascists were just as much to blame for the events as their opponents.

The chat logs both before and after the Charlottesville terror attack, however, help to expose the despicable true colours of the far right.

A life was tragically lost at Charlottesville, and one man was charged with second-degree murder. But many more people who peddle hate are still at large. And we all have a duty to expose and resist them.