It was inevitable. Someone's turned that Jeremy Corbyn chant into a full song [VIDEO] - Canary 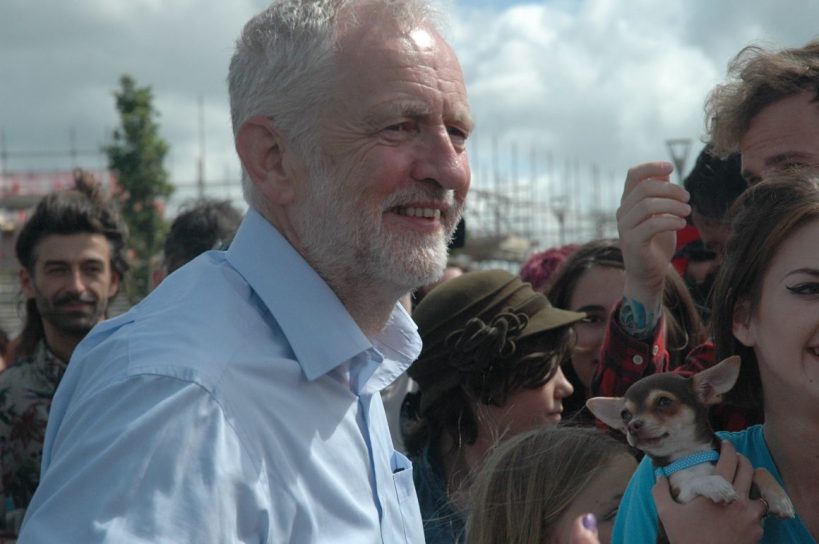 On 20 May 2017, Jeremy Corbyn gave a speech before a Libertines gig. The crowd started a spontaneous chant. And throughout the summer of 2017, it’s been impossible to ignore the chant of ‘Oh Jeremy Corbyn’.

So it was only a matter of time before someone came up with lyrics to the whole song. Musician Sam Harrison recently did just that. It’s gone viral on social media, and so the chant carries on…

The chant originally emerged to the tune of Seven Nation Army by the White Stripes. For years, football fans have sung a version of this to celebrate favourite players.

But it had never been linked to a politician. Until Jeremy Corbyn came along. The stadium moment was widely shared on social media. And as John Prescott tweeted when it first started: “something is definitely happening”.

It’s been hard to ignore the chant. Even for those who wanted to.

At festivals over the summer, ‘Oh Jeremy Corbyn’ was heard everywhere, even in silent discos.

Miners and brass bands joined in too:

And the band played 'Oh Jeremy Corbyn' on the packed streets of #Durham at this year's #DurhamMinersGala pic.twitter.com/SC4WK0lBIk

And it didn’t take long before the chant went global. In the US, delegates to the Democratic Socialists of America took it up at their conference:

The "oh, Jeremy Corbyn" chant makes it to #DSAcon17 pic.twitter.com/yUesdnVEpr

And it was reportedly heard again in Boston as people met to challenge the far right:

And now a whole song…

Over the summer, Corbyn toured 65 marginal seats, and the chant has followed him. So it was only a matter of time before someone turned it into a whole song. And here it is:

Showing the Tories how it’s done

But this song highlights, yet again, the hopeless efforts of the Tory struggle to harness the youth vote.

There is clearly a link between the chant and Corbyn’s popularity. This was shown by a significant rise in young voters. In the 2017 election, 61% of voters under 40 voted Labour.

So in a bid to woo young voters, Tories came up with a few ‘brilliant’ ideas:

Despite these great initiatives, the latest opinion polls still put Labour ahead. And at the time of writing, there was still no celebratory chant or song for Theresa May.

It’s doubtful that there ever will be.