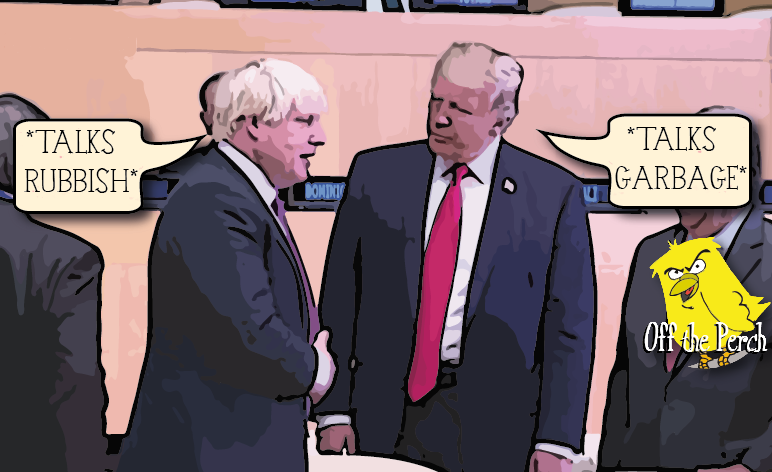 For a long time, people have wondered if Boris Johnson and Donald Trump could actually be the same person. After all, they both:

The conspiracy has been put to bed, anyway, as Johnson and Trump have now been pictured in the same room together. Although the thing about conspiracy theories is that you can’t ‘prove’ them out of existence. Because conspiracy theories aren’t based on truth – they’re based on gut feelings and people having too much time on their hands.

In place of the now discredited theory, several more have sprung into life:

Of course, it’s most likely that they are in fact entirely separate idiots who seem to have somehow simultaneously gained power at the worst possible moment.

Because sometimes, reality is just worse than anything we can imagine.