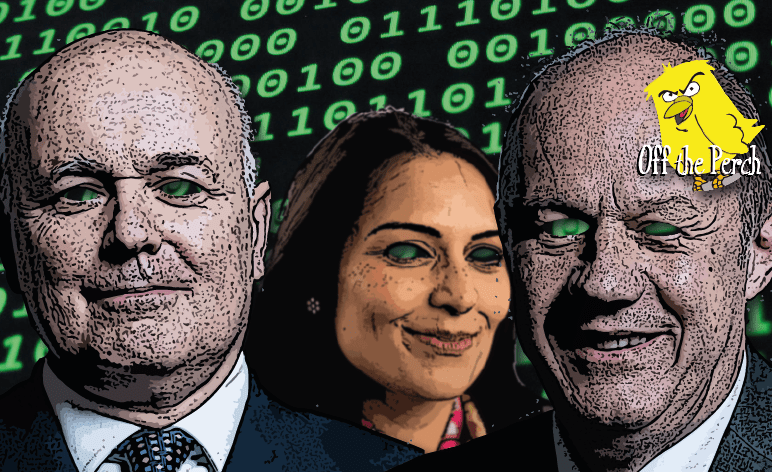 Following the latest terror attack, Theresa May has decided to get tough on internet companies. But unfortunately, it’s not yet possible to create an algorithm smart enough to distinguish between ‘potential terrorism’ and ‘standard Tory policy’.

Department of Woe and Punishment

The worst offender in government is, of course, the Department for Work and Pensions (DWP). A governmental branch that is supposed to be the friend who supports you when you’re in need, but actually functions more like a sadistic vampire who feeds off misery and tedious bureaucracy.

The website for the DWP is just a slow-motion video of the former Work and Pensions Secretary Iain Duncan Smith. Somewhat unusually, a gleeful IDS is topless and rubbing himself in what appears to be goat’s blood. The video plays in both slow motion and reverse, and although he is talking backwards, Duncan Smith can quite clearly be heard saying the word:

In the background, unseen people can be heard screaming.

We asked the advertising creatives who produced the promotional video why they generated such a terrifyingly unsettling piece:

We were asked to make something that embodied what the DWP is all about in under one minute. This was the best we could manage. Although obviously it pales in comparison to what actually goes on.

Now though, because of the Tories’ crusade to blame anyone they can, the DWP site has been taken down.

This obviously leaves the government between a rock and a hard place. Should they:

Obviously, any normal person would quite happily not even start doing either of these things. But unfortunately, that’s not the sort of mindset we’re dealing with.