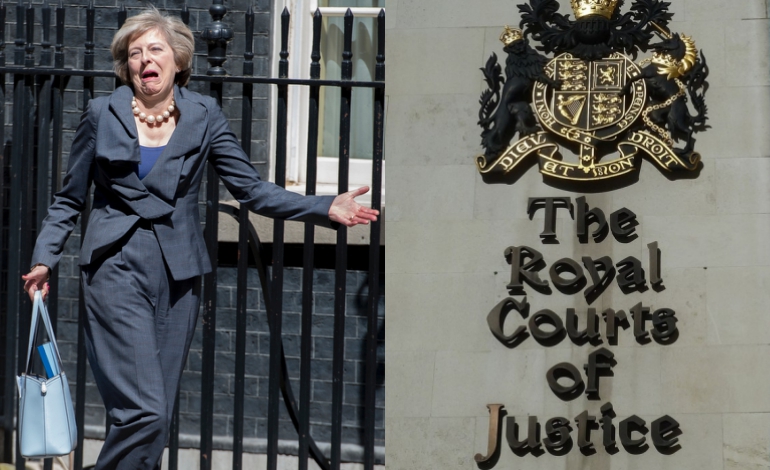 New figures show that access to justice is increasingly being limited to the rich. Over the last five years, government figures show that the number of legal aid providers in England and Wales has dropped by 20%. And this means that thanks to Conservative government cuts, there are thousands of people who can no longer access justice for issues such as housing, domestic abuse, benefit appeals and immigration cases.

The Legal Aid Sentencing and Punishment of Offenders Act (Laspo) came into force in 2012. Its aim was to cut £350m from the legal aid bill. Five years later and Laspo is having an impact. Because the fall in legal aid providers corresponds with the introduction of the Act.

And the cuts led Britain’s most senior judge, Lord Thomas of Cwmgiedd, to state in 2016 that:

our justice system has become unaffordable to most.

But the latest figures, obtained by Labour, reveal a stark reality for those seeking justice. As The Guardian reported, Richard Miller, head of justice for The Law Society, said:

Behind these figures are hundreds of thousands of people who can no longer obtain legal aid for matters such as family break up, a range of housing problems, and challenges to welfare benefits assessments. This data also calls attention to the fact that increasingly it is no longer economically viable for solicitors to do this work.

And shadow justice secretary Gloria De Piero has commissioned a review into the figures. De Piero claimed Labour wants to:

stop justice only being available to the privileged few

Meanwhile, a government spokesperson claimed that:

Maintaining access to justice remains absolutely vital and continues to be at the heart of our reforms.

Legal aid resources are focused on those who most need legal advice or help. We are also making wider changes which will make it easier for domestic violence victims to qualify for the financial support they need to pay for legal representation.

In addition, the introduction of the domestic violence and abuse bill will ensure that no stone is left unturned in protecting and supporting victims and children.

But the government will have a long way to go to ensure victims of abuse receive justice. The figures also show a 16% drop in those receiving legal aid for domestic abuse since Laspo was introduced.

Legal aid has not just been cut from civil cases; it has also been scrapped for many criminal offences. According to a survey in 2015, one in five people did not have a solicitor at court.

And this is causing concerns over access to justice. One magistrate said:

Defendants in-person are at a constant disadvantage and justice is often not done as a result.

A different magistrate echoed this sentiment, highlighting that people may be pleading guilty even if they haven’t committed the crime:

[they] do not understand fully the process, don’t feel as though justice has been served and you get the impression they are forced to plead guilty because of the fear of fees and court costs, even when they feel they are innocent.

This government has stripped away some of our most basic rights in terms of access to welfare and benefits. At the same time, it has eroded our access to legal aid. And so it is much harder to challenge the decisions it makes.

Access to justice should be a fundamental right. Justice is not justice when it is only available to the rich. The government has been waging a class war against poor and vulnerable people for too many years. And it’s down to all of us to fight back.

– Join The Canary and support and the work that we do.