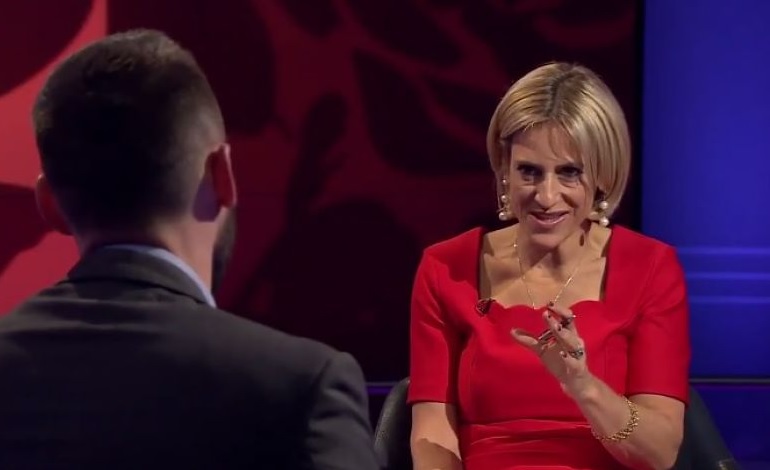 The Labour Party’s ruling body voted to allow proposed rule changes to go ahead on 19 September. The alterations will ensure that wannabe party leaders of all political persuasions stand a chance of making it onto the Labour leadership ballot. This will include those, like Jeremy Corbyn, on the left of the party.

BBC Newsnight covered the National Executive Committee’s (NEC) decision; inviting views from the anti-Corbyn group Labour First as well as Chris Williamson MP. But BBC host Emily Maitlis dropped a clanger in the interview. Because she posed a question to Williamson that revealed just how wilfully out-of-touch the broadcaster truly is.

The NEC has agreed to reduce the number of MPs needed to put forward a leadership candidate. It means candidates will only need support from 10% of MPs and MEPs, rather than the existing 15%, to get on the ballot. Delegates will vote on the change at Labour’s party conference in just a few days’ time.

Labour First’s Matt Pound isn’t a fan of the decision. He told Maitlis that it would result in too many candidates for each contest. He also said that MPs should have greater involvement.

"I think the MPs should be more involved in the process of selecting the leader" – @matt_pound_ on Labour rule changes #newsnight pic.twitter.com/0ILtoUECgI

In contrast, Williamson hailed the decision as “a victory for democracy”. He said that leadership elections should reflect “all shades of opinion” in the party.

But if Jeremy Corbyn did it [got on the ballot] without all these changes, doesn’t that suggest that you didn’t really need to do this at all?

Williamson took a lengthy pause after Maitlis’ question. And unsurprisingly so, after that jaw-dropping assertion. Maitlis is, of course, right that Corbyn entered the leadership contest. But he only did so after a number of MPs endorsed his candidacy at the last minute. Like Williamson, they agreed that the party’s left should be represented in the contest. But crucially, a number of them didn’t actually expect him to win. And after he had won with a massive share of the vote, some of them openly expressed regrets for helping him get there.

Then, of course, the Parliamentary Labour Party (PLP) tried to stage a coup against him. That undemocratic attempt to remove him ended in failure, however, because the membership voted him back in with an increased majority.

In short, what happened to Corbyn as candidate and leader makes Maitlis’ question, frankly, laughable. Because it proves a change couldn’t be more necessary.

The NEC also agreed to add three more membership delegates to the ruling body, along with one more union delegate. Labour currently has over half a million members, many of whom joined because of Corbyn’s ascension. A spokesperson for the Labour leader said that he “welcomes the decision of the NEC to back expansion of democracy and participation in the party”. But another anti-Corbyn group, Progress, wasn’t so happy. Its director, Richard Angell, warned that “Labour’s new establishment” has ushered in reforms that amount to “a factional power grab”.

If passed at conference, members will have a total of nine delegates on the 35-strong committee.

On both counts though, these changes will boost the power of members. Whatever control MPs lose over who’s on the ballot paper will fall to members as they vote from a wider choice. And having more delegates representing the 600,000-strong members on the NEC strengthens their hand too.

Surely that’s to be celebrated. Because it’s their party’s membership and the wider public that politicians are meant to serve.