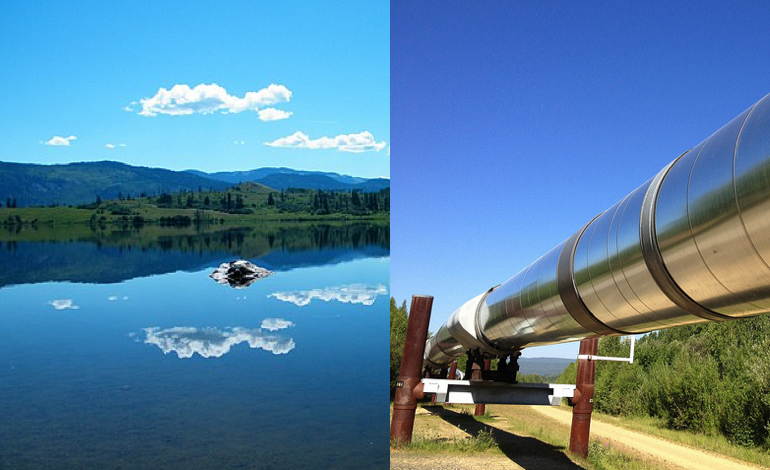 A stand-off is brewing in Canada over the growth of an oil pipeline. And some activists reportedly believe it will be ‘the next Standing Rock‘. But they have an imaginative solution to block the controversial pipeline.

Outside Vancouver, the Secwepemc indigenous nation has started building tiny houses to block the Trans Mountain pipeline expansion. The nation says it never consented to the project taking place on its land. And along with the provincial government, it will fight the oil industry and Canadian Prime Minister Justin Trudeau.

The “Tiny House Warriors” campaign will see 10 small houses built along the proposed route of the project. The Secwepemc nation says the goal is to “block access to this pipeline”.

CBC reported that the nation is blockading the project because “the pipeline would threaten Indigenous lands, wildlife and waterways”. The campaign’s website says:

We are going big, by going small… We are committed to upholding our collective and spiritual responsibility and jurisdiction to look after the land, the language and the culture of our people. The Tiny House Warriors are building something beautiful that models hope, possibility and solutions to the world.

The houses will be solar-powered and will also help with the community’s housing crisis – which it says is “due to deliberate colonial impoverishment”.

The Secwepemc is one of 198 indigenous nations that live in British Columbia, Canada’s westernmost province. And its land is “unceded”. That means it never gave the land to the British Crown in a treaty or lost it in war.

So the Canadian government needs its consent for any natural resource project to happen on its land. And in this case, the Secwepemc nation says:

We have never provided and will never provide our collective free, prior and informed consent… to the Kinder Morgan Trans Mountain Pipeline Project [sic].

The Trans Mountain pipeline already moves oil from Alberta’s controversial tar sands to Vancouver (a port city), and to the US. It belongs to Kinder Morgan Energy Partners, the largest pipeline company in the US.

In 2016, Justin Trudeau approved an expansion that will see the pipeline carry almost 900,000 barrels of oil per day.

If the project goes ahead as planned, the pipeline will make Vancouver a major export spot for tar-sands oil. (A map of the current and planned routes is here.)

US activists who opposed Standing Rock have now pledged their support for the Tiny House Warriors. But hopefully, after the houses are built, that support won’t be necessary.

Watch the video below to see the first ‘Tiny House’ as it nears completion.