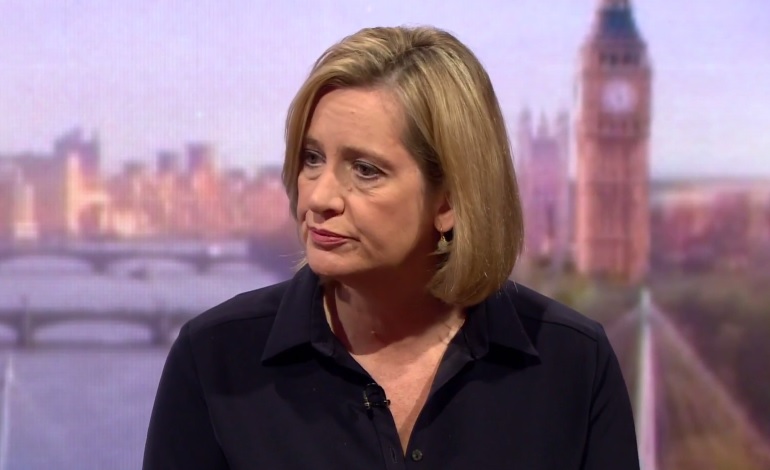 An immigration lawyer claims that Amber Rudd could be on her way to jail. Rachel Francis made the assertion in The Independent, where she suggested the Home Secretary’s actions may have breached three High Court orders.

Rudd defied the courts when attempting to deport a young man to Afghanistan. But as ex-Lord Chancellor Charles Falconer pointed out, Rudd isn’t a “16th-century monarch” with a “divine right to rule”. So if Rudd operates outside the law, she risks facing the same consequences as anyone else. And in this case, argues Francis, that could mean prison time.

Samim Bigzad fled Afghanistan in 2015. He claims the Taliban threatened his life because of his employment with a company that  worked with American troops. But the UK government has refused him asylum. So on 12 September, the Home Office had him bundled onto a plane for deportation.

The Afghan asylum seeker had experienced exactly the same treatment just two weeks before. But the pilot of that flight wouldn’t take off because of the danger to Bigzad’s life.

Bigzad’s lawyers, however, secured a last-minute High Court injunction to stop the government’s second attempt at deportation. But Rudd flew Bigzad to Kabul regardless. A Home Office spokesperson argued that it was “too late” to remove Bigzad from the flight. But Bigzad’s lawyers claim it knew about the injunction 30 minutes before the flight took off.

Another two court orders followed, which demanded Bigzad’s immediate return. Yet the Home Office still didn’t obey, and instead took its case to the Court of Appeal. It lost in that hearing too, forcing it to return Bigzad to the UK.

We took action to comply with the court order and worked to return Mr Bigzad as soon as possible despite significant logistical challenges in securing the necessary documentation and limited flight availability.

Every mile of Samim’s journey was unlawful.

Due to these apparent breaches, Francis says that the case:

placed Samim at the centre of a growing constitutional crisis that could land the Home Secretary, Amber Rudd, in court for contempt – and ultimately, in prison.

Prison sentences for contempt of court are quite rare. But that doesn’t mean Rudd is going to get off scot-free. Because critics are demanding she give an explanation for the travesty. And Falconer argues that, unless she provides one, she “has to go”.

Now Bigzad is back in the UK, he says he feels “safe”. But that sense of security isn’t down to Rudd’s behaviour. In fact, Bigzad said:

The Home Secretary is just playing with my life…

And with Bigzad allegedly under threat of beheading by the Taliban, what Rudd chooses to do with his life could have dire consequences indeed.

Those responsible for making the law, however, should not be placed above it. Doing so would drag the country back to the 16th century. But given Rudd’s conduct, and the government’s newfound Henry VIII powers, maybe that’s exactly what our current ministers are trying to do.