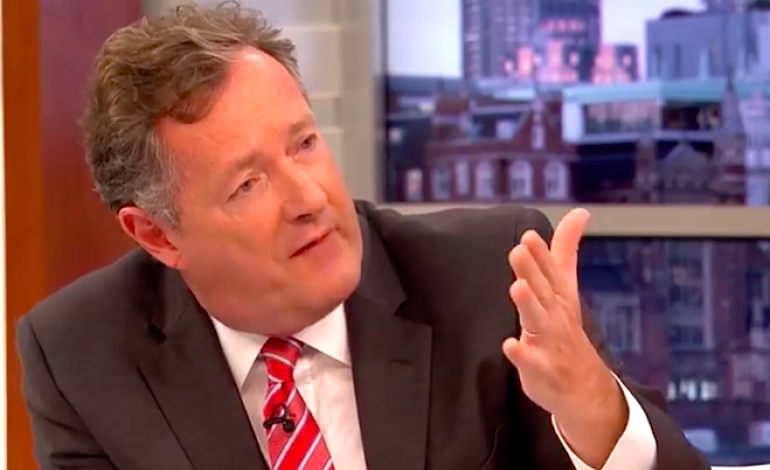 Piers Morgan has been slayed on Twitter after he tweeted about his latest column in the Daily Mail. It’s possibly the lowest stunt he’s pulled yet.

And that’s because Morgan is arguing it is OK for white people to repeat an offensive racial slur.

He did not just say that

Munroe Bergdorf, an ex L’Oreal model who lost her job for a post she wrote on white supremacy, also weighed in:

The gag is I lost my job for calling out racism. Yet I can guarantee you @piersmorgan keeps his. Coz it's fine for white men 2 act this way.

Ironically, Morgan laid into Bergdorf when she came on his show Good Morning Britain to clarify what she wrote.

But some pointed out that Morgan was just a troll and was looking for attention:

Piers Morgan is such a fucking troll. He loves trolling Black people for attention and it’s so annoying.

What’s in a word

Morgan’s column on 21 September referenced a recent incident in the US. Female sorority members at the University of New Hampshire sang along to the lyrics of Kanye West’s Gold Digger, including the use of the n-word, and posted it in an Instagram story. A Facebook post condemning it then went viral.

Morgan alleged the incident is being investigated, which may ‘ruin’ the sorority members’ careers. TMZ debunked these rumours however.

I’ve spelled out the word ‘n***as’ exactly as it was written in the song’s lyrics because it’s important and relevant to do so for the purposes of this column.

Of course, by doing so, I will inevitably provoke outrage from certain quarters, but that outrage is also an important and relevant factor for the purposes of this column.

To Piers Morgan , understand the word "ni**ger" and it's alternate spelling "ni*ga" has the exact same meaning: VICTIM OF WHITE SUPREMACY

To be clear, Morgan says he doesn’t want to use the n-word. He argues no-one should be able to use it with any spelling – including West. But his column suggests that if West and other black people use it, then white people can too.

There have been a number of columns explaining why no one who isn’t black should say the n-word under any circumstances. There’s no complexity. It’s not OK.

Hi, Piers. White girl here. I listen to rap every day. Never once said the word. Never once wanted to. There's simply no need. Be better. pic.twitter.com/Z9IA0jFX8n

Morgan may well just be baiting for clicks and attention. But consider this. He laid into Bergdorf for speaking out on racism in society. And now he’s going out of his way to tell people not to be “angry” at white people for using a provocative racist word. One thing’s for sure, there’s a whole lot of people “angry” at Morgan right now as this stunt is just plain low.

– Complain to the Independent Press Standards Organisation if you think The Daily Mail has breached the code of practice.