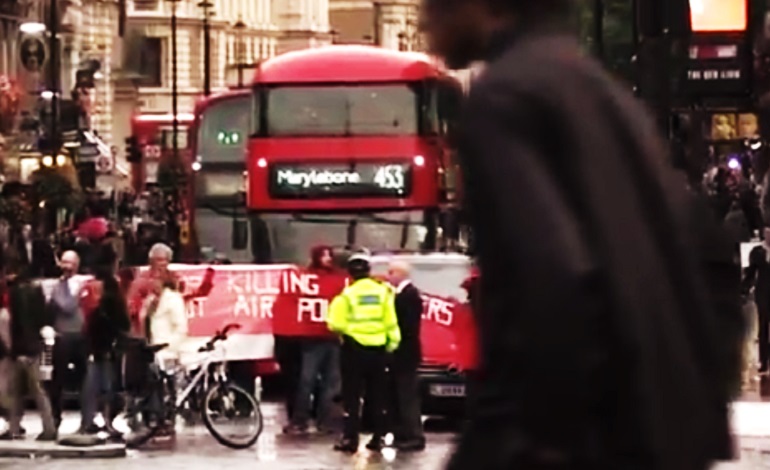 There were chaotic scenes in the heart of London on Thursday 21 September as people noisily accused the government of “killing” the capital’s inhabitants. But if Theresa May thought this was the end of the matter, which has seen her government in court, she’d be mistaken. As people are saying they’re willing to go to jail over the issue.

Stop Killing Londoners (SKL) is a campaign group raising awareness of air pollution. It is not politically affiliated and aims to represent all demographics of Londoners. The group believes the most effective way of highlighting the issue of air pollution is through civil disobedience. So, that’s exactly what it did on Thursday evening.

Just after 6pm, around 60 people brought traffic on Trafalgar Square to a standstill. The protest, which lasted half an hour, blocked all [3.10] the entrances to the Square:

People lined the streets with banners and placards: 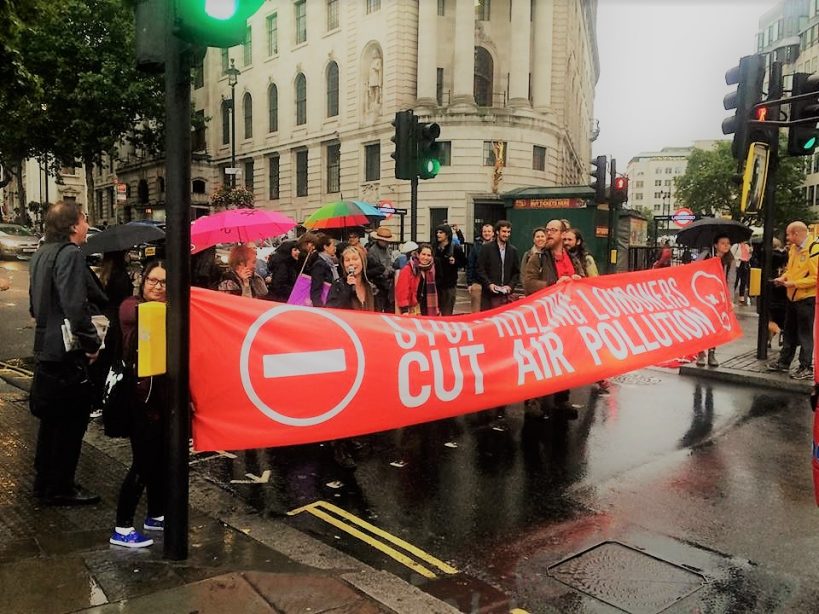 Protesters chanted “Stop killing Londoners! Cut air pollution!”. They were taking aim at what SKL describes as “the continued inaction of the national and London governments”: 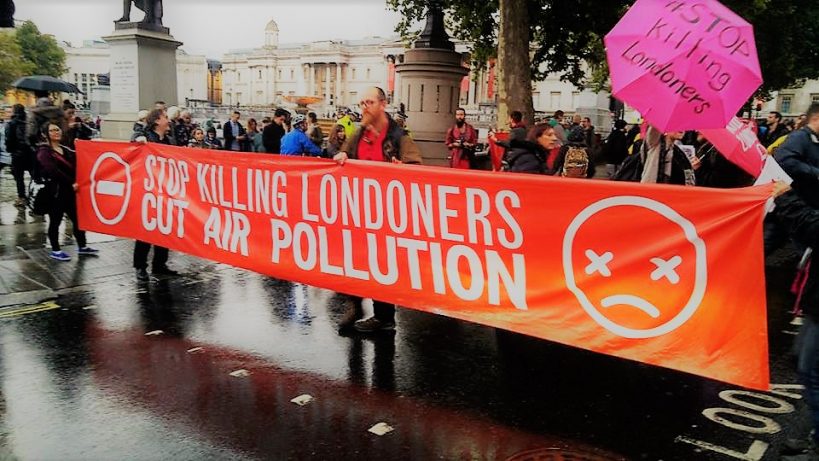 It’s unfathomable that the government of the sixth richest country in the world are so busy with their own scramble for power that they don’t have a care for thousands of people having their health ruined and their lives shortened through sheer negligence and incompetence. 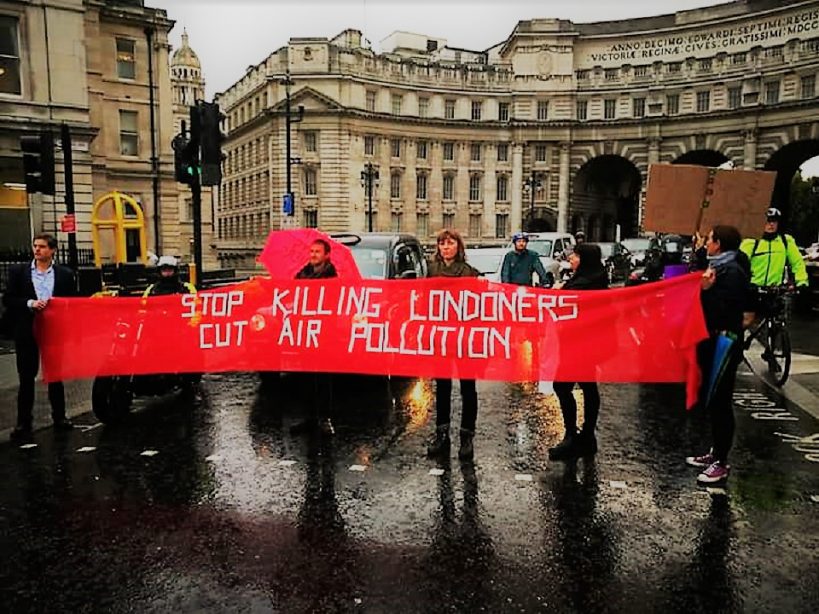 SKL then had a “roadblock disco”, before police forced the protest to disperse. But SKL had made its point. And it’s one that’s deadly serious in nature.

As The Canary previously reported, illegal levels of nitrogen dioxide in the air, attributed in the main to diesel emissions, led to 40,000 early deaths in the UK during the last year alone. This means toxic air killed twice as many people last year as car crashes, breast cancer, and murder combined. It is roughly equal to the number of people who die each year from a stroke.

In London, nearly 10,000 people die each year as a result of air pollution. Researchers from King’s College London said there were 5,900 deaths in London in 2010 associated with long-term exposure to nitrogen dioxide (NO2). And 3,500 deaths were as a result of exposure to particulate matter called PM2.5.

The study also found that nearly half of those affected were the result of either diesel fumes, or pollution drifting from the continent. Diesel fumes account for around 40% of London’s air pollution. But meanwhile the Conservative government has repeatedly tried to shut down any debate about the situation.

Environmental lawyers ClientEarth brought a legal case against the government over air pollution. And in November 2016 the High Court ruled that the government was acting illegally in its failure to tackle the crisis. But this didn’t stop the previous Environment Secretary Andrea Leadsom going to court in April, to apply for a ruling allowing her to hold back a report on air pollution.

Also on 21 September, ClientEarth released data showing the extent of the air pollution crisis in London. As The Evening Standard reported, in a Monopoly-themed report the group showed that while the EU limit for NO2 is 40 microgrammes/m³, Trafalgar Square’s levels were 74 microgrammes/m³ in 2015. Fleet Street and the Strand, meanwhile, both had levels of 93 microgrammes/m³.

Williams said that SKL action will continue, with people willing to go to jail if needed. He told The Canary:

In 2015 our government signed the Paris climate change agreement, yet continues to refuse to address this crisis. Our non-violent direct actions shall continue, increasing in frequency, until our government addresses the air pollution crisis. What unites us is our shared belief that we, our children and our children’s children are entitled to breathe clean air, free from worry that we are being sent to an early grave.

It’s important to remember that air pollution is not just a London issue: there were 169 places in the UK which breached legal air pollution levels in 2016. It is a rapidly growing, nationwide crisis that the government merely shrugs its shoulders over. Groups like SKL need to keep applying pressure on the government until it acknowledges a situation that is literally killing people, every day.