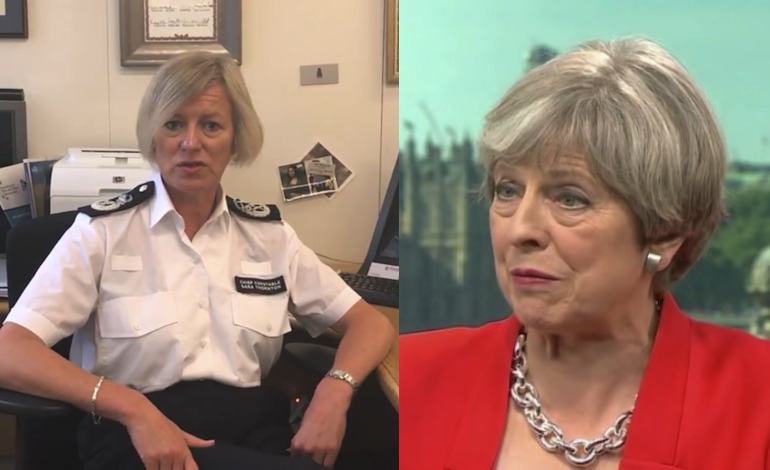 Chief Constable Sara Thornton, current head of the National Police Chiefs’ Council, has launched a stinging attack on Tory austerity. Her words come in the wake of the 15 September explosion at Parsons Green Tube station and send a clear message. Years of cuts have resulted in an “unsustainable strain on policing.”

So far, 2017 has seen five terror attacks on UK soil. The Parsons Green incident was preceded by the attack on Muslim worshippers in Finsbury Park on 19 June, the Borough Market van attack on 3 June, the Manchester Arena bombing of 22 May and the mowing down of pedestrians on Westminster Bridge on 22 March.

As a result, police have been diverting resources towards counter-terrorism units and away from regular duties. Writing on the NPCC website, Chief Constable Thornton stated:

Every time there’s a terror attack, we mobilise specialist officers and staff to respond but the majority of the officers and staff responding come from mainstream policing. This puts extra strain on an already stretched service.

The effects of austerity

Thornton went on to state that officer numbers have been reduced to 1985 levels, while crime has risen 10 percent in the last year. The comments come at the tail end of seven years of Conservative austerity measures.

The David Cameron-led coalition began the process in 2010, with an immediate 20% reduction in police funding. The Home Secretary during that government was, of course, none other than Theresa May. Police cuts continued throughout its five-year administration.

Since the election of 2015, the Conservative government has continued to slash police funding, with no sign of letting up. This is despite increased terror levels and the threat to civilian safety. Chief Constable Thornton confirmed:

This budget for policing is set to be cut by 7.2 percent in the next three years. When the volume and nature of threat is growing alarmingly, that is a real concern.

A party of law and order?

The Conservatives used to try to advertise themselves as ‘the party of law and order’. Yet clearly, since ideological austerity became their priority, they can no longer make such a claim. They are now the party of profit before people, and nothing more.