There's an elephant in the room on police funding, and we urgently need to talk about it [OPINION] - Canary 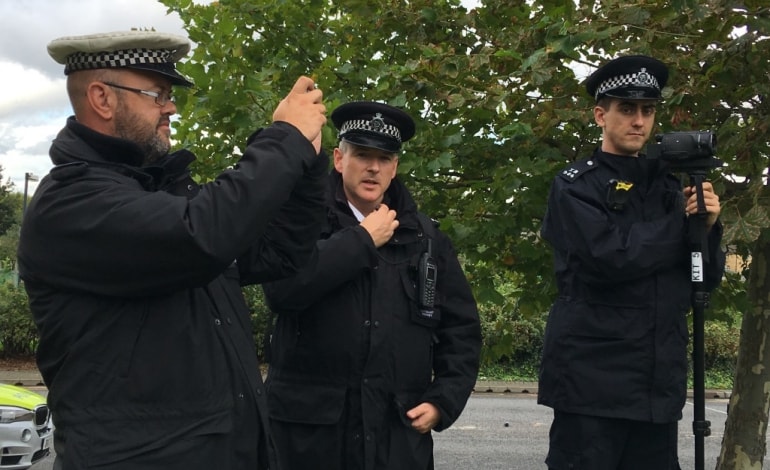 On 22 September, the head of the National Police Chiefs’ Council, Sara Thornton, spoke out about terrorism funding for the police. Thornton claimed that:

The current level of terrorism, added to the strain and stress the force is already under, is causing real problems and is frankly unsustainable.

But there’s an elephant in the room that needs to be addressed. Part of the role of the National Counter Terrorism Police Operations Centre is to police domestic extremism. In other words, potentially millions of pounds are being wasted monitoring and collating information on protesters.

There is no legal definition of domestic extremism. But in 2014, the Metropolitan Police defined it as:

Although no definition is given of “serious criminal activity”, the kind of groups it covers are well documented. Fracking protesters, for example, are regularly highlighted in the government’s Prevent training as potential extremists.

Other examples of who the police consider extremists include Baroness Jenny Jones from the Green Party and the comedian Mark Thomas. And the police have also faced criticism for keeping domestic extremist files on journalists who cover protest issues.

Speaking to The Canary, Kevin Blowe, Coordinator of the Network for Police Monitoring (Netpol), said:

The police are always keen to suggest their budgets for counter-terrorism spending are simply for stopping bomb plots, because obviously nobody can object to that. But it also covers so-called ‘domestic extremism’; the targeting of legitimate campaigners based simply on their political views; the constant surveillance of demonstrations and the maintenance of secret, unaccountable databases.

There is a growing body of opinion that is questioning why the police are involved in this kind of activity at all and Netpol calls for the national domestic extremism unit to close down.

It’s time for a rethink

But it’s not just counter-terrorism and domestic extremism. During the general election, the ongoing battle for more funding for the police reached a peak. The police repeatedly pointed to a variety of societal problems that are pushing resources to breaking point. Examples included people suffering mental health crises, the drug ‘spice‘, knife crime and, not for the first time, terrorism.

And Blowe believes that while these are all important issues for our communities, we need to start questioning whether funding the police is the best answer:

There is little critical assessment about whether more funding for the police is a greater priority than less reactive, less violent and less coercive responses that make a genuine impact in the long-term. More surveillance, more armed officers, more arrests and more imprisonment are not working and are not making us feel any safer. For vulnerable people with mental health problems like James Herbert, who died in police custody following violent restraint, more funding for access to mental health professionals seems like a far more pressing priority than more police officers.

It’s time for a serious rethink about the debate on police funding and the function that policing has in our society. Simply throwing more money at the police force or employing more officers will not do this. And if the police are seriously worried about how to fund counter-terrorism, there’s a simple option; stop monitoring protesters and scrap the domestic extremism units.

This article was updated on 22 September to correct billions to millions regarding the amount of money the police could save.