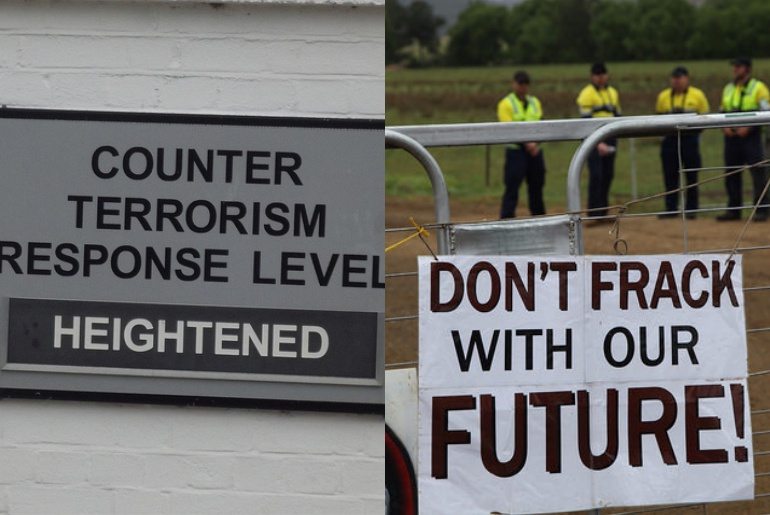 A school in East Yorkshire has faced criticism for linking anti-fracking protests with extremism. But the school has distanced itself from the statement and apologised.

Driffield School included a section on Prevent in its safeguarding newsletter. It stated:

At present nationally, the greatest resource is devoted to preventing people from joining or supporting the so called Islamic State (IS) group, its affiliates and related groups. More locally, the East Riding’s main priorities are far right extremism, animal rights and anti-fracking.

But the school has now apologised for referring to anti-fracking protests:

Prevent training requires schools and public organisations to be aware of all forms of extremism, but it is not the view of the school that anti-fracking is a form of extreme behaviour and we apologise that the link has been made.

Since 2015, schools have had a duty to train their staff in extremism under Prevent. This has led to some cases such as a four-year-old boy reported after mispronouncing “cucumber”. Staff believed he said “cooker bomb” and raised the alarm.

In delivering Prevent training to its schools, the council uses a Home Office training script. This includes a reference to ‘environmental terrorism’ and some audiences have asked if this includes anti-fracking. In response to that, we make it clear that we do not regard anti-fracking campaigners as an appropriate group to monitor as part of the Prevent strategy.

But this isn’t the case in some of the examples of training leaked to the media. For example, a training session in West Yorkshire warned teachers of the extremist dangers from anti-capitalist groups. And it gave the arrest of Green Party MP Caroline Lucas at an anti-fracking protest as an example of extremism.

In a separate presentation to public sector staff, a police officer appeared to make up claims about anti-fracking protests:

What has happened though recently is at anti-fracking at Barton Moss, down in West Sussex and in Surrey, had some exploratory sites, people there started assaulting the workers going in … damaging equipment, trying to damage the site where the exploratory is taking place and all that sort of stuff. While people are with the placards at the front gate, absolutely no issues but once you cross the line into violence for their cause, then it becomes extreme. And it becomes violent extremism. As long as people stay within the law, no problem.

So, why mention fracking?

It seems as though everyone (from the school, council and even the police) seem to be denying responsibility. The Network for Police Monitoring (Netpol) has been closely following the policing of fracking protests. Speaking to The Canary, Netpol Coordinator Kevin Blowe said:

This is further evidence of the deliberate targeting of campaigners because of their views on fracking, which we have highlighted repeatedly over the last 18 months. Since this briefing was publicised, the police’s local Prevent Coordinator for Hull and East Riding has strenuously denied offering any advice to the school to include opposition to fracking as an indicator of ‘extremism’, but it must have come from somewhere. We know, however, from campaigners around the UK that anti-fracking comes up again and again as a potential ‘threat’ in training for teachers.

But there is also clear evidence that schools are monitoring anti-fracking activists. Parent Grant Roxburgh made a Subject Access Request to see what information his child’s former school held on him. The response he received included four pages of a post he made on the Frack Free Upton Facebook page.

As Blowe points out, environmental campaigners are finding themselves increasingly under surveillance:

When new legislation in 2015 required all public authorities, including schools, to work with Prevent, we warned it would create a vast army of informants. Those most vulnerable to unwarranted accusations of alleged extremism are still Britain’s Muslim communities, but increasingly local people challenging powerful corporate interests in the oil and gas industry are facing the threat of surveillance too.

He is also adamant that he has not witnessed any extremism in the anti-fracking movement:

Let me reiterate: in two years working with the anti-fracking movement, I have seen nothing that comes close to any reasonable definition of extremism. Unfortunately, the term is now so vague that it means pretty much whatever the police want it to mean.

There is now enough evidence to declare Prevent ‘not fit for purpose’. It is criminalising communities and campaigners. And the implementation of Prevent lacks transparency. It’s a harmful strategy, based on a concept – ‘extremism’ – that even the Prime Minister cannot explain. And it needs abandoning before it does any more damage.

– Donate to Netpol to help them continue their work monitoring policing.