One of Britain’s biggest cities is about to stop running basic services, thanks to Tory austerity - The Canary 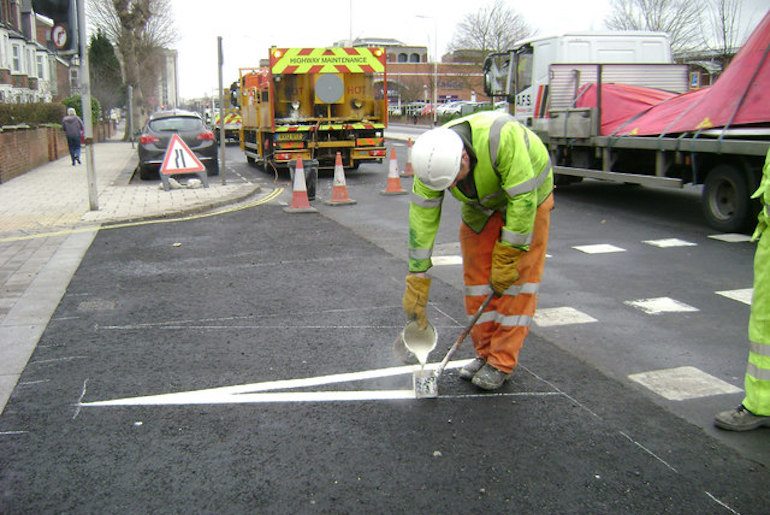 Bristol City Council has placed a spending freeze on “non-essential spending” in order to account for the impact of Conservative cuts to local government services.

According to a release from the council, the freeze means:

All maintenance of buildings, roads and parks will stop unless there is a risk to people’s health or safety. The council will also stop recruiting any permanent or temporary roles unless they provide legally-required services, and will not agree any new or extended contracts for goods or services without approval from the Chief Executive and statutory financial and legal officers.

More may be added to the list in coming weeks.

It was predicted earlier this year that Bristol City Council faces a budget deficit of £60m for the 2019/20 financial year. The council has been making several millions of pounds of savings throughout 2016.

The spending freeze is a final attempt to balance its annual budget. According to a report to be delivered to the council’s Cabinet on 6 December, its efforts have reduced the gap from £35.4m at the beginning of the financial year to £27.5m by the end of September. The newly announced spending freeze is predicted to reduce it further to £16m, if accepted.

The constant cuts have been condemned by the Bristol Green Party, which has little doubt where blame lies.

The leader of the council’s Green group, Charlie Bolton, says:

We have seen year on year cuts – a slow chipping away of this funding may not seem dramatic, but the impacts it has are brutal.

The Core Cities – which includes Bristol – have seen £1.4bn worth of annual spending removed from their budgets since the election of the Coalition government in 2010.

Dyer points out that Conservative-led councils, such as Hampshire and Surrey, “have seen cuts of just 1%, and the City of London has even seen a slight increase”. The major provincial cities in England, though, have seen “an average cut of 28%”.

A report from the Institute for Fiscal Studies (IFS) supports this. It says:

In England, cuts have been much larger for poorer, more grant-dependent councils than their richer neighbours, who can raise more of the money they need via their own council tax revenues.

Dyer says that of the £187m cuts to service spending by local authorities in the West of England, Bristol City Council has taken 70%. And when cuts like this are made, it is inevitable that services will suffer – as will the people that use them, and the people who work in them. It was announced in August 2016 that as a result of the cuts, as many as 1,000 council jobs in Bristol were at risk this financial year.

Bolton sees the impact of local government budget cuts as directly related to the issues of social care both in Bristol and across the country. He says:

We will see the impacts in the inability to care for our ageing population, in the growing  number of homeless on our streets and the slow disappearance of our libraries and services. This council is heading into chaos.

He points out that the crisis in adult social care did not receive a mention in the Autumn Statement this year. Dyer is even more explicit in his assessment:

The government has, and is, pursuing an ideological campaign against local government and the poor.

Earlier this year, it was Dyer who – after unsuccessfully running as a mayoral candidate – revealed that he believed that Bristol City Council’s prediction of a £60m budget deficit in 2019/20 may actually be more like £80m. If true, the outlook for the city and its residents can only get bleaker.

The Mayor of Bristol, Marvin Rees, has stressed that this spending freeze is a temporary measure. He responded to Bolton in a webcast, saying:

When you’re elected to be a city leader, what you’re not elected to do is regurgitate challenges that we all know. That’s for children. We know that the most vulnerable people disproportionately depend on city council services. … The question is, what are the solutions?

For Rees, the spending freeze is one of those solutions – a “painful but necessary” one. He says:

The cost of not balancing our budget would be far higher and I do not just want to store up problems. We must be financially responsible and challenge our spending.

He has started a conversation about clarifying what services the council should provide, what services it should pay others to provide, and what it will let go of in his Corporate Strategy consultation. Rees is keen to stress that the budgetary problems faced by Bristol City Council have been present for a long time, and should have been dealt with a long time ago.

He hasn’t been dealt the best hand to start with.

Labour is not blameless

Crucially, Bristol is not a one-off. Councils up and down the country are facing tightened budgets while dealing with an increased pressure in providing adult social care. And though Tory austerity has undoubtedly pushed Bristol City Council to make the cuts it has, the Greens stress that Labour must take responsibility too.

Bolton says that “it seems this Tory government has no plan – and possibly even no interest – for how local councils like Bristol are meant to be able to afford even basic services”. But he says of the Labour Party:

the local Labour run administration seem to have no coherent plan about how to respond to these challenges. Nationally, Labour have failed to oppose austerity in any meaningful way. Neither seem to grasp the severity of the impact of what is proposed on people’s lives.

The reality is that all the Core Cities are run by Labour – we need to see real examples of them working together to provide proper opposition and demand an end to the Government’s systematic dismantling of local government in this country.

When councils cannot afford to provide their most basic services, people suffer. When those same councils are facing years more of cuts to try and plug millions of pounds of financial gaps, the picture does not improve. And with no solution in sight, it is easy to see why people feel let down by both sides in government.

– Read the full IFS report on local government since 2010.

– Support The Canary, so we can keep reporting on the news that matters.