Boris Johnson just turned Britain into a laughing stock, in his FIRST major speech in office [OPINION] - The Canary 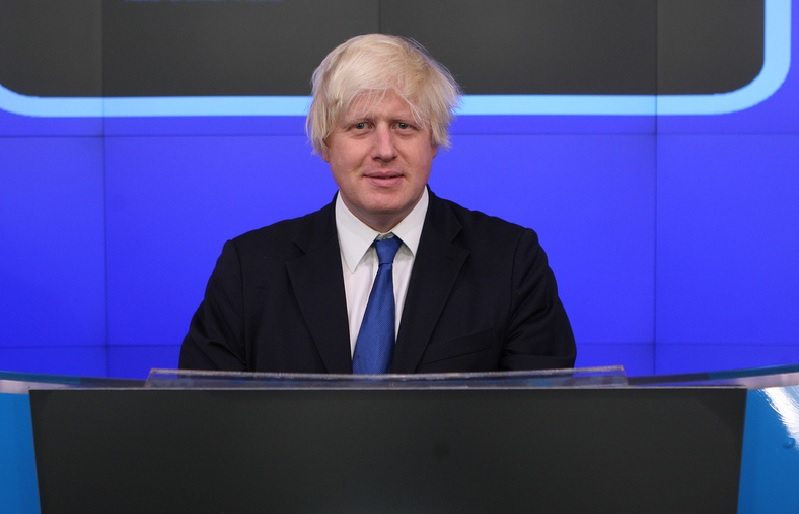 Boris Johnson has made his first major policy speech since becoming Foreign Secretary. And he turned Britain into a laughing stock, by revealing exactly how shortsighted and arrogant the man we tasked with determining our relationship with the wider world truly is.

Johnson was addressing the Royal Institute of International Affairs at Chatham House. And he told the crowd that the UK must “redouble our resolve to defend and preserve the best of the rules-based international order”.

One crucial aspect of that “rules-based international order” is the Universal Declaration of Human Rights (UDHR). Yet Johnson’s own government is currently in breach of that law in its arbitrary detention of the WikiLeaks founder Julian Assange, according to the UN. His government is also planning to scrap the Human Rights Act.

So it’s obviously not those particular international laws, the ones that protect our human rights, that Johnson is interested in defending.

He asserted that such a dedication to international order would prevent a return to “an older and more brutal system where the strong are free to devour the weak”. Yet in the UK, that system has already returned. And it’s due to his Conservative government. In this country, the Tories’ brutal austerity regime has ‘devoured’ disabled people, LGBT people, the sick, the elderly, the poor, and the young.

Johnson also exhibited the same wilful ignorance in another statement. He said:

We have to acknowledge that in many respects the world is not in good shape. We have the cult of the strong man, we have democracy in retreat, we have an arc of instability across the Middle East from Iraq to Syria to Libya.

The Foreign Secretary is right. The world is not in good shape. And there is massive instability in the Middle East. But the UK/US invasion of Iraq is one of the major causes of it. As is the NATO attack on Libya in 2011. While multiple bombing campaigns from countries like the UK and US are worsening the situation in Syria in a number of ways.

He acknowleged the instability without referencing the role the UK played in it. Yet we have very little prospect of resolving such crises if the Foreign Secretary himself won’t address that.

Not the man for the job

Johnson’s warning that “democracy is in retreat” was also brazen. On 29 November, the Investigatory Powers (IP) bill received royal assent. The IP bill strips UK citizens of one fundamental right expected in a democracy: privacy. So Johnson chose to lecture others about the importance of democracy while his own government is dismantling its own.

Finally, his caution against the “cult of the strong man” was blinkered. He was likely referring to Russian President Vladimir Putin and Syrian President Bashar al-Assad in that statement. But he did not appear to connect this warning with his own positivity over the election of ‘strong man’ Donald Trump. Trump, the incoming US President, made many heavy-handed pledges in his election campaign. He claimed, for example, that he would ban all muslims entering the US, jail Hillary Clinton, and build a “great wall” around his country.

Simply put, Johnson’s first major policy speech was a disaster. His analysis of the international situation was half baked. And it was full of contradictions and hypocrisy. With so many crises in our midst, at home and abroad, we need to be singing from a much better hymn sheet than this.