If Tom Watson's looking for fake news, he could start with 'Putin's Killer Octopus' [OPINION] - Canary 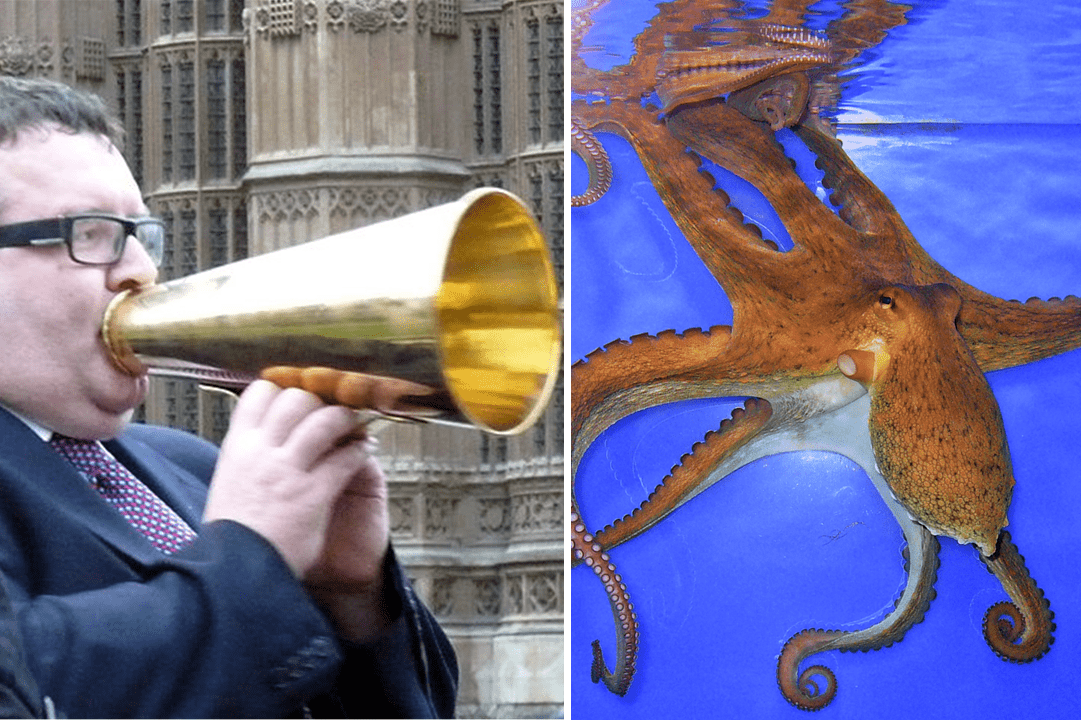 While everyone is talking about the supposedly new phenomenon of ‘fake news’, Britain’s most flamboyantly unreliable ‘mainstream’ tabloid continues to get away with it. And The Express just surpassed itself with its latest outlandish attempt to make its readers even more afraid of Vladimir Putin.

“Is 14-legged killer squid found TWO MILES beneath Antarctica being weaponised by Putin?” screeches the headline. To which, of course, the only possible answer can be: “No. No it isn’t. Because it doesn’t exist.”

The article quickly unravels. The credited writer, Joey Millar, refers to the creature being found in the Arctic and then starts calling it an octopus. The story involves a team of Russian scientists actually descending two miles down a hole and encountering the 33 foot long creature on the shores of a lake under the ice. The octopus / squid / unknown beast has such powers of mimicry that it can appear in human form and it’s capable of causing paralysis at a range of 150 feet.

But the shocking reason this amazing discovery hasn’t been announced by the scientific community or filmed for Planet Earth II is because Putin has dastardly plans for it. Although the scientists supposedly captured “Organism 46-B” and brought it to the surface in a giant tank they happened to have with them, it was confiscated by “Russian officials” who immediately issued a nothing-to-see-here statement and hushed the whole thing up. According to The Express, the scientist, Anton Padalka, fled to the West this week. He fears that Russia may “weaponise” Organism 46-B by releasing its eggs into US reservoirs.

Perhaps we shouldn’t be too hard on Joey Millar. His only crime is writing an error-strewn and uncredited rip-off of the original article, published in September 2012 by C. Michael Forsyth. To be fair to him, Forsyth makes no claims for truthfulness. He’s a former writer for the legendary nonsense-tabloid The Weekly World News.

The real issue is the responsibility of The Express in running such a lame knock-off, apparently with the sole intention of stoking Putin fear. Aside from tagging the article as “weird”, there’s no attempt to make sure readers don’t take it seriously. Although it’s preposterous, it’s presented as straight news. Media commentator Roy Greenslade has pointed out how demoralising it must be to work on The Express when seven years of wage freezes and job cuts are followed by owner Richard Desmond giving a million pounds to UKIP. Maybe that’s why they seem to have given up trying to run a newspaper.

Tom Watson’s Labour Party inquiry into ‘fake news’ will run the risk of looking ‘fake’ itself if it goes after honest but opinionated new media while failing to tackle the real gutter press.