Zac Goldsmith may not know why he just lost, but people are queuing up to fill him in [TWEETS] - The Canary 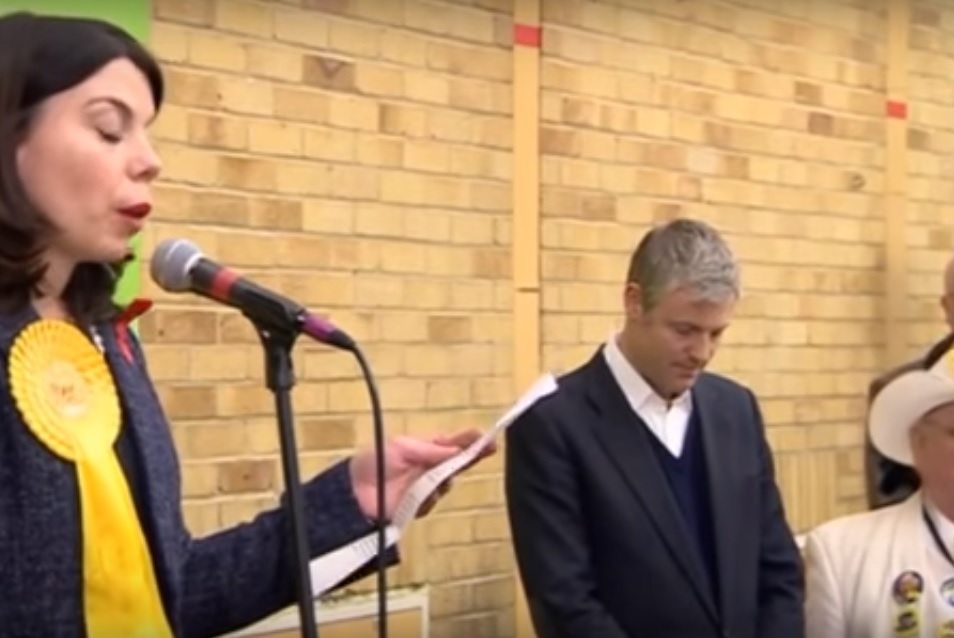 Former Tory candidate for Mayor of London and Richmond Park MP Zac Goldsmith just lost a devastating by-election. And he lost a majority of 23,000. To a Liberal Democrat. By almost two thousand votes. But why did that happen? As always, Twitter had a lot of answers to offer.

If you're wondering at what point people stopped taking you seriously and started realising you were a prick, it was here. pic.twitter.com/d6gBIe0ySP

Many other Twitter users also saw Goldsmith’s bigoted and fearmongering smear campaign in this year’s London mayoral election as a key reason for his by-election loss:

Poor Zac Goldsmith – the only politician to campaign on a platform of racism this year and not win.

The fact Sadiq Khan is Mayor of London and Zac Goldsmith is now out of a job says something. London is a good judge of character.

And in The Guardian, Owen Jones didn’t seek to hide his joy:

Goldsmith’s defeat is testament to human decency. He had a choice about how he ran his mayoral campaign. He chose to wage a dangerous campaign of bigotry. And now he has lost twice, his political career is over, and his reputation is trashed. Good riddance.

But as Jones also said, many people saw the Richmond Park by-election as a referendum on two things. First, Goldsmith’s own character. And second, the Conservative Party’s Brexit agenda. The Liberal Democrats have also claimed this was the case. For leader Tim Farron, the anti-Brexit party’s victory over the pro-Leave Goldsmith was a reaction to the government’s support for an “extreme version of Brexit”.

And in a constituency where almost 70% voted Remain in the EU referendum earlier in the year, Goldsmith was always going to find it hard to win.

The New Statesman is just one media outlet which believes Goldsmith’s loss is part of a trend in marginal Conservative-Lib Dem seats. Stephen Bush wrote that:

Tory backbenchers now know that Brexit is putting jobs at risk: theirs. We now know for certain… that the Liberal Democrats are doing well in affluent areas that backed a Remain vote in June…

there are a whole swathe of marginal Lib Dem/Tory seats, many won by David Cameron in 2015, that Tim Farron believes he can steal.

Even The Telegraph is aware of the possibility.

Owen Jones believes the Lib Dem victory in Richmond Park was also due in part to Labour supporters engaging in “tactical voting”. He said on Twitter:

No, I've not forgotten what the Lib Dems did. But Labour could never win Richmond Park, and Zac Goldsmith is out. Rejoice.

Whatever the reason for Goldsmith’s defeat, look on the bright side

In response to Goldsmith’s loss, the ex-MP’s younger brother Ben lashed out against the Lib Dem victor, saying:

But this provided Twitter users with yet another chance to show exactly why his brother had lost:

that will be the replacement for the male, pale & stale Eton old boy then?

UKIP and the Tories both sided with Zac Goldsmith in the by-election. And the Greens (and at least some Labour supporters) sided with the Lib Dems as the main opposition party. Green Party co-leader Caroline Lucas said Goldsmith’s defeat was a “small step forward 4 progressives who want to work together”. Unity, she insisted, would be the best way of defeating the “regressive alliance” of the right.

In short, it seemed like a vote between two blocs; one that the right-wing bloc lost. And in a year of numerous right-wing victories, many on the left saw that as something to celebrate:

Say what you like about @ZacGoldsmith At least he was responsible for the only two really enjoyable moments of 2016.

– Watch the announcement of the Richmond Park by-election results.

– See more on the discussion about creating a progressive alliance before the next general election.

– For a broader picture of Zac Goldsmith’s xenophobic pandering, see our previous articles on the millionaire former MP.