Tory MPs have sabotaged Mhairi Black’s bill, and it shows everything that’s wrong with parliament - The Canary 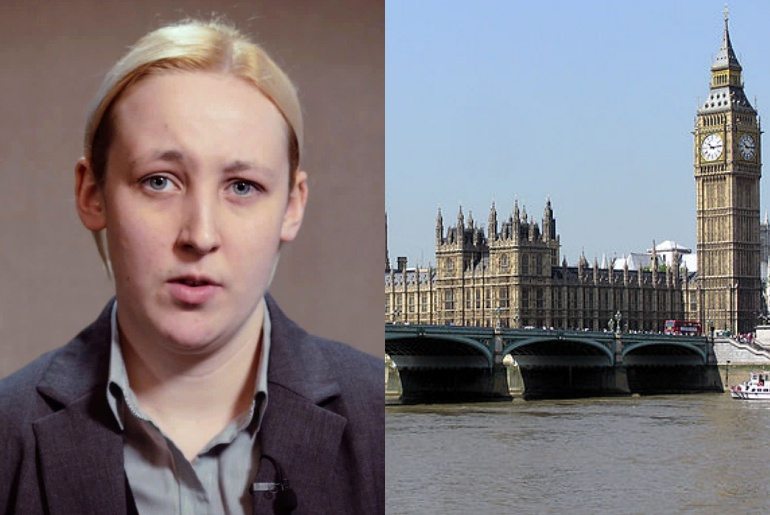 Britain’s youngest MP Mhairi Black’s private member’s bill to reform the benefits sanctions regime was debated in parliament on Friday 2 December. But due to parliamentary laws, the bill was talked out by the government before there could be a vote. It is now unlikely to return to parliament.

Black proposed the bill as a way of getting rid of the worst of the sanctions regime. And while she would like to get rid of sanctions altogether, she proposed an uncontroversial bill hoping it could benefit thousands of people.

Black stated that she was:

using this unique opportunity to try and change some small aspect of the system, hopefully which will make life a lot easier for many people.

And Black was prepared to be realistic about the sort of bill she could get passed:

Just last week, a report from the National Audit Office (NAO) found that benefits sanctions were applied using a postcode lottery. The report also found that the Department for Work and Pensions had not properly evaluated the impact of sanctions. Finally, the report concluded they were not value for money.

Sanctions are supposed to be used when claimants are deemed to have failed to comply with conditions attached to their benefits. But they have been used to sanction people for missing an appointment through going into premature labour or being in hospital for two weeks after being hit by a car. And not filling in a job search form on Christmas Day could also be sanctionable.

Being sanctioned on Jobseeker’s Allowance means that payments can be suspended for between four weeks and three years. This means that people who already struggle to get by on benefits are plunged deeper into poverty. And there is evidence [pdf] that not only do sanctions disproportionately affect the youngest and most vulnerable, the stress they cause is contributing to mental health problems.

But the evidence from the NAO was not enough for Tory MP David Nuttall. He heckled Black during the debate, claiming that claimants were “terrified they might get a job”.

Nuttall was asked to clarify his comments for the record after Black challenged him. Nuttall said:

The fact of the matter is that there are more people in work in this country than ever before, so people have no reason to be terrified about going into a jobcentre.

They ought to be looking forward to it, because the likelihood is that, under this government, they will find a job.

But he refused to repeat his original comment. Black said “His silence is a shame”. She further stated:

If someone thinks it’s acceptable to speak in that way about our most vulnerable people that our job as government is to look after them, I would suggest they’re not fit for government.

But ultimately, it was the tactic of filibustering which ensured the bill did not progress further. And while Black was accused of speaking for too long, writing in The National she laid the blame firmly with the government:

It was clear that the Tories were orchestrating a campaign to talk out the bill, to make sure that it would go no further and to continue the heartless, uncaring sanctions system for the foreseeable future.

It appears it was beyond the capability of the Tory MPs to actually read the bill that they were meant to be debating. Time after time both myself and other colleagues had to remind them of the purpose of the bill; that of limiting the impact of sanctions on some of the most vulnerable members of society.

And this isn’t a new problem. ‘Filibustering’ is a well-known tactic used by MPs to ensure private member’s bills are not voted upon. In October 2016, a bill to pardon gay people convicted under old legislation was talked out.

Other examples include blocking a debate that would have taught children how to save lives. And in 2015, another bill which would have given carers free parking was scuppered after Tory MP Philip Davies spoke for 93 minutes.

And it is the fact MPs can block bills in this way that shows everything that’s wrong with parliament. Black received over 9,000 responses from the public to her bill. But it made no difference to the government. And the fact the bill could be filibustered out of parliament makes a mockery of our democratic system.