A fresh scandal erupts at the BBC, and might explain allegations of 'bias' on Question Time - Canary 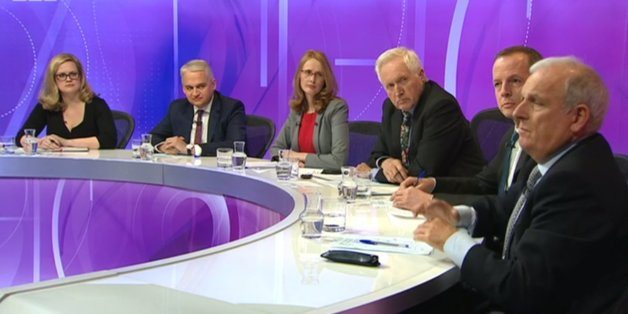 The BBC is facing a fresh scandal, as an audience producer for its Question Time show was revealed to have links to far-right groups Britain First and the English Defence League. Viewers who have felt the show favours right-wing panellists and audience members feel this goes some way to vindicating their argument.

Alison Fuller and the Far Right

Every week audience producer Alison Fuller has to select the audience and, depending on the city they are in, this can mean considering more than 4,000 applications. This process involves checking the background of every applicant against their political affiliations, campaign involvements, advertising intentions, and many other factors.

But it has also been revealed that Alison Fuller may have sympathies with Britain’s far-right. The woman responsible for ensuring a diverse and representative audience at BBC Question Time has been sharing Britain First memes on Facebook. 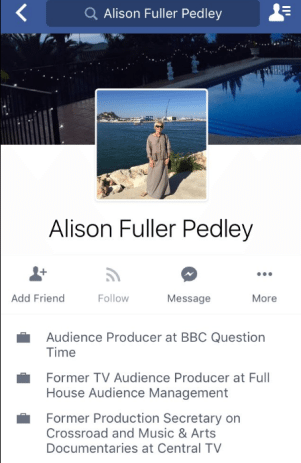 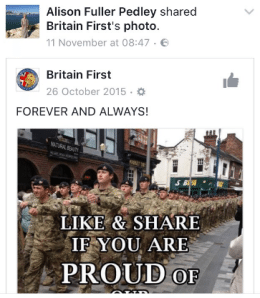 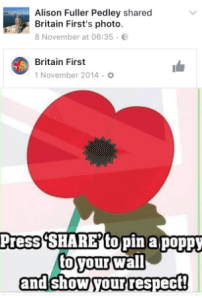 She was also discovered reaching out to obscure far-right groups to invite them into the audience.

The Question Time audience is always chosen by a team to ensure broad political balance and each application goes through the same rigorous background checks. Any suggestion to the contrary is misleading.

The BBC has clear impartiality guidelines covering the use of personal social media – this freelance producer and the rest of the programme team have been reminded of their responsibilities.

While Fuller’s Facebook activity is concerning, it would be less of a story without the context of a perceived rightward slide at BBC Question Time. But is this slide perception or reality? The programme faces accusations from the right of left-wing bias, and from the left of right-wing bias.

The New Statesman argued in its most recent piece on the issue that there was a marginally higher appearance by figures that it identified as right-wing. But it concluded:

That slight, slight tilt to the right is barely worth talking about. In terms of political content as provided by the guests there is more or less a balance.

A closer look explains why The New Statesman was wrong.

The New Statesman’s definition of left and right was determined by party affiliation for political guests, and no transparency was provided on how they established the left or rightward leanings of media or other panellists. The Guardian’s datablog ran a piece on the issue which was far more illuminating.

On the surface, Labour has been represented most on the panel of BBC Question Time. Proof of a left-wing bias, surely? 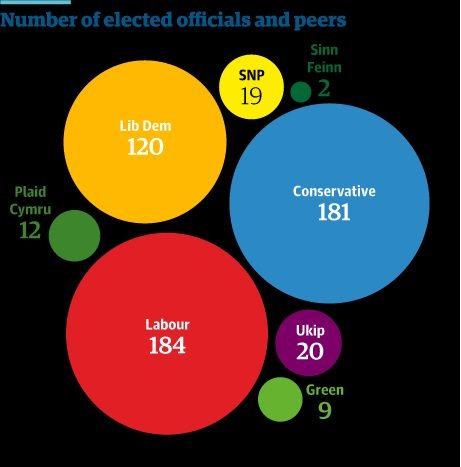 But when we see the actual guests, the numbers look somewhat different. 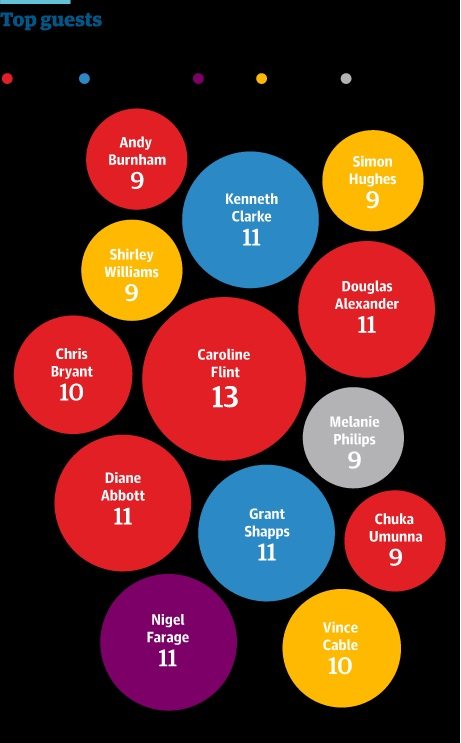 Although on the surface, we see a sea of red – how many of these names are left-wing?

Despite this data, The Guardian came to the same conclusion as The New Statesman: Nothing to see here. No major issue of balance.

This is because both outlets live within the same bubble as BBC Question Time. They have become unable to even define left and right in terms anyone outside the bubble would recognise.

The bubble is neoliberalism.

And a panel which represents all shades of neoliberalism is not diverse. This is in part why everyone outside the neoliberal bubble – left and right – feels let down by Question Time.

Complainants on the right miss a major issue, though: the regular scapegoating of welfare claimants, immigrants and other marginalised groups for the failures of neoliberalism. This fuels the right, by playing into its tropes in order to remove pressure from neoliberal politicians and economists for their own failures. It also undermines the real and affected claims of social liberalism presented by the Labour right, the Liberal Democrats, and the Conservatives. While individuals may have genuinely-held socially liberal views, this scapegoating process ends up enabling the right-wing, and delivering structurally regressive policies: anti-immigration rhetoric and policy; weakened terms and conditions for working people; cuts to critical welfare and services; the curtailing of human rights and civil liberties; the erosion of our right to privacy. The end result is a more authoritarian, less liberal government and society.

By presenting itself as balanced, BBC Question Time plays its part in keeping Britain small. It prevents broader discussion, and protects neoliberalism from challenge – particularly from the left. This makes it easier for right-wing attacks to take centre stage. And the right has only ever been interested in dealing with the scapegoats, not the roots of the problem with neoliberalism itself. The chilling effects of this approach can be seen in the rise of the right across Europe and the US. This scandal is bigger than Alison Fuller, Question Time, and even the BBC. It goes to the heart of a media and political establishment that is failing, and taking the nation down with it.