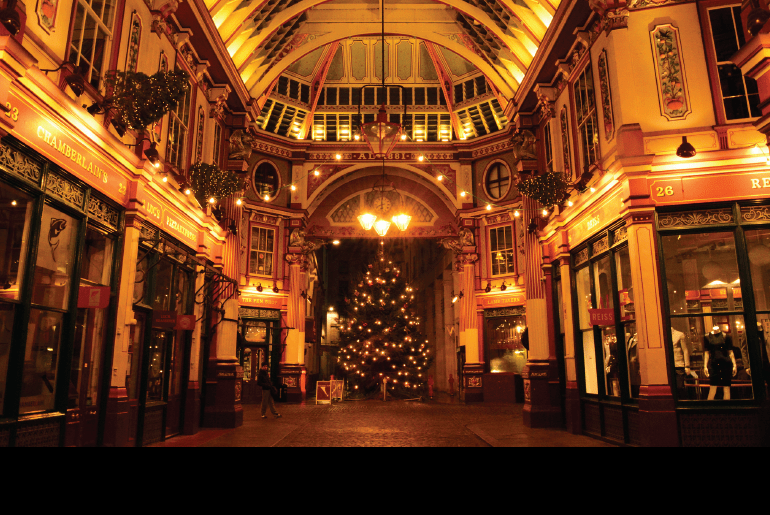 A conservative American author named Janie Johnson has claimed on Twitter that London is now “all Islamic”. And as you can imagine, the good people of Great Britain have consequently pointed out that her statement is rubbish at best, and ideology-driven scaremongering at worst.

My friends just returned from London. Shocked. Hadn't been in 20 years. Said London is gone – all Islamic. https://t.co/YFFKkt2wli

Johnson is most noteworthy as the author of Don’t Take My Lemonade Stand: An American Philosophy. She also wrote Obama 2012 Slogans Rewritten. Her website has several examples of these re-written slogans, including:

Johnson also claims on her site that her books are:

In addition, she notes that she’s a former tennis professional who’s married to an entrepreneur and best-selling author. And in another section of her website, she claims:

My whole perspective is that I am not an expert. I am just an informed American citizen (who has done her homework) who is not satisfied with the direction of our country or the way in which it is currently being governed.

But because of Johnson’s tweet about London, her status as an “informed American” is now being drawn into question.

First of all, several Twitter users struggled to take the American seriously.

I live in London and I’ve never heard such a pile of laughable horseshit in my entire life. Have a word with yourself.

Seconded, as a London resident I can confirm this is scaremongering bullshit.

The British sense of humour

Disbelief rather quickly turned into hilarity.

i can confirm. One of the london landmarks is actually a giant woman wearing a burqa pic.twitter.com/C9gGUxMVS2

The wearing of the 'British hijab' is now compulsory amongst men. pic.twitter.com/2XAUpUZ3LO

What are the odds that her friend maybe can't read so good and actually booked tickets to 'Lebanon' rather than 'London'? https://t.co/tAWo28pnus

Finally, other Twitter users have elected to pastiche the author.

my friend's just returned from Mars. Shocked. Hadn't been in 4 billion years. Said the magnetic field & atmosphere is gone – all solar winds https://t.co/XTacEtM8lD

My friends just returned from Milan. Had'nt been in 20 years. Said Vinegar is gone – all balsamic. https://t.co/LwEmc8ZjCs

My friends just returned from Washington. Shocked. Hadn't been in 20 years. Said Washington is gone – all idiotic. https://t.co/4NGgK14Sks

But Johnson is not the first to make such claims. Donald Trump said that there were places in London “that are so radicalised the police are afraid for their own lives”. And other American figures on the right have made similar suggestions. The people making these claims show a wilful ignorance every time they repeat them. It also shows that they’re more than willing to spread lies in order to support their agenda.

The Canary contacted Janie Johnson for comment, but received no response.