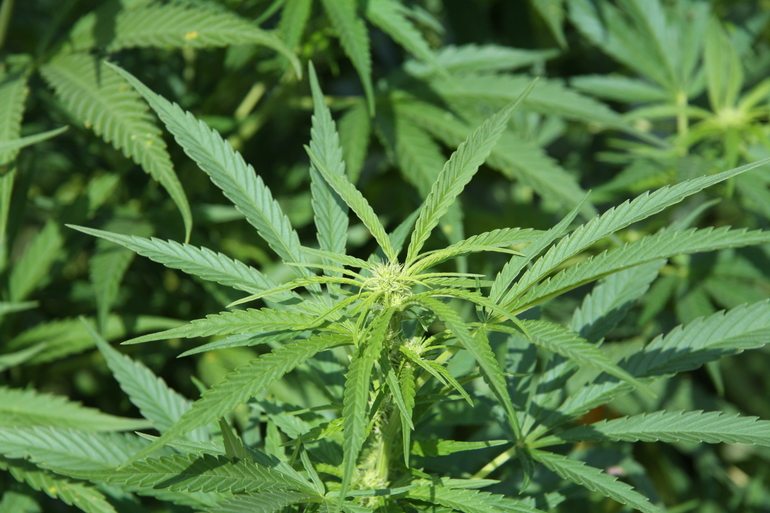 Smith is a former police officer, and in this clip he is given the CBD oil by a fellow Parkinson’s patient and medical cannabis advocate. CBD is not psychoactive like THC (it doesn’t get you high), but has a wide range of medicinal properties.

In the video, we see how Larry’s severe dyskinesia (uncontrolled movements), loss of voice, and tremors calmed within minutes after he administered the CBD oil.

Around 120,700 people in the UK suffer from Parkinson’s. It is a progressive neurological condition, and its symptoms heavily impact on quality of life and day-to-day functioning. There are drug treatments for Parkinson’s, but they carry a number of side-effects, including dyskinesia.

But studies have highlighted how cannabis can alleviate the motor symptoms of Parkinson’s, as well as improving sleep and reducing pain. The analgesic (pain-relieving) effects of cannabis have been known for some time now. Other studies also show how cannabis can improve quality of life for Parkinson’s patients.

Organisations such as the Michael J. Fox Foundation and the National Parkinson Foundation tell us about the potential adverse effects of cannabis to patients, such as impaired cognition, mood and behavioural changes, and hallucinations.

But even if these are legitimate risks, they do not apply to CBD oil, since it is not psychoactive. Still the question remains: should people like Larry not be able to choose a method of treatment they see as most beneficial? For many, the above clip will speak volumes about the issue.

Cannabis as medicine for other conditions

Cannabis has demonstrated medicinal value in treatment for the following conditions:

Moreover, states in the US which have legalised medical cannabis also list other conditions which the drug can legally treat. These include cerebral palsy and epilepsy.

Ireland reacts to the evidence

Despite the difficulty in studying cannabis due to legal restrictions, many US states and other countries are listening, and reacting, to the evidence available.

For example, Ireland is now about to legalise cannabis for medicinal purposes. Minister for Health Simon Harris said he would not oppose the legislation’s progression to Committee Stage. And it’s expected that the majority of TDs (Irish MPs) will support it.

In the UK, some MPs have called for the legalisation of medical cannabis. And the UK government has finally accepted that cannabis – or at least, CBD – has a medicinal effect.

The UK, however, is still a long way off from introducing legislation on medical cannabis. With Ireland and the US progressing in this area, it calls into question why the UK doesn’t follow suit. Millions of people in this country are in need of relief for medical conditions. They deserve the best treatment possible. But at present, they are cruelly denied the opportunity.