Robbie Powell: how one crucial document may hold the key to a young boy's unnecessary death [PART TWO] - The Canary 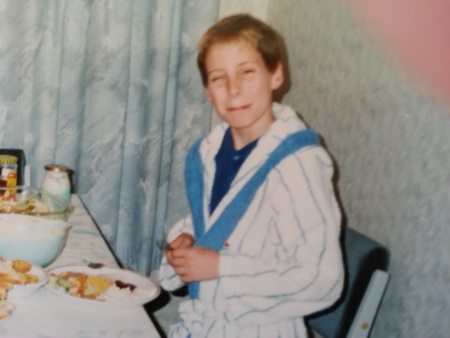 The death of a 10-year-old boy over 26 years ago is once again being investigated, amid claims of a cover up by medical professionals. These claims by the boy’s father also imply the NHS, police, the Crown Prosecution Service (CPS), the Welsh Office, the Independent Police Complaints Commission (IPCC), the General Medical Council (GMC) and other public bodies were involved.

Robbie Powell from Ystradgynlais, Powys died a preventable death in 1990. Originally, investigations by Dyfed Powys police (which retained the GPs as police surgeons) and the CPS between 1994 and 2000 claimed that there was no evidence of any criminal offences. But following an independent investigation between 2000 and 2002, the CPS agreed that numerous individuals could be charged. But they never were. So now, his grieving father is once again fighting for justice.

Note: All evidence cited in this article has been seen by The Canary. This article is the second of three parts.

As Part One of this article demonstrated, a crucial letter, the ‘Addison’s letter’, was missing from Robbie’s GP records. Mr Powell believes that, not only did the GPs actively try to cover up their actions, but the alleged deception went as far as members of the Conservative government’s cabinet.

After Mr Powell had discovered the ‘Addison’s letter’ was missing from both the original GP and hospital medical records, he requested a copy of the hospital ones directly from Robbie’s consultant, Dr Forbes. When these records were provided, they contained 10 additional documents that were not originally disclosed by the GPs to the West Glamorgan Family Health Service Authority (FHSA). Forbes’s secretary, Susan Lewis, had taken Mr Powell and his friend Sid Herbert to the room in which they met Forbes and then left. But when Mr Powell asked a question regarding the content of one of the letters sent to him, with Lewis’ reference, she burst from behind the closed door and blurted out that Mr Powell must have given her the information. When questioned, under oath, Forbes claimed he could not recall this seemingly extraordinary event but said that if Lewis accepted it happened then it did.

In a combined statement signed by the five GPs, dated 20 July 1990, it was stated that Robbie’s blood pressure on the day of his death was not taken until he was in intensive care. But the discharge summary sheet that confirmed this had not been provided as part of the hospital records disclosed to Mr Powell on 22 November by the FHSA. It was one of the additional 10 documents provided to Mr Powell by Forbes. It begs the questions: why did the GPs not disclose the discharge sheet and the other nine documents to the FHSA at the time?

On 13 December 1990, West Glamorgan FHSA Medical Services Committee heard Mr Powell’s complaint against the five GPs. The committee comprised of two GPs, two professional lay people and a chairman, who was also a magistrate. The issue regarding the missing Addison’s letter was raised and the Reverend gave evidence as to its existence. But according to Mr Powell, the evidence was ignored. The chairman made the point that the two sets of original medical records were “miles apart” and that they would never be in the same place at the same time, making the removal and substitution of the Addison’s letter impossible. The five GPs made no mention that they had previously met Forbes, when both parties had inappropriate custody of the original GP records and Morriston hospital records, and Mr Powell was unaware of that fact until later.

The committee failed to question the GPs regarding contradictory evidence they had given in statements. The chairman prevented Mr Powell from asking probing questions, claiming on one occasion, that he had already asked a question. When Mr Powell protested, the chairman said that he was being ‘frivolous’ and that if he continued he would be requested to leave the hearing and they would deal with his written evidence only. Mr Powell says he was so badly treated by the chairman that some of the GPs considered leaving the hearing. Mr Powell says that three of the committee members subsequently told him that the chairman had been less sympathetic than he should have been in the circumstances. Only one GP was found in breach of their terms and conditions of service and was given the minimum reprimand. The other four were exonerated.

On 14 March 1991 a documentary by the Wales This Week was broadcast. The programme highlighted the failures with regards to Robbie’s medical care and the alleged cover up, which included the removal of the Addison’s letter and the substitution with the current Clinical Summary Sheet. The alleged forgery was shown on the TV screen. It subsequently came to light that this specific document had apparently been entered into Robbie’s Morriston hospital computer records, prior to Robbie’s death, and had been initialled and date stamped 17 January 1990 by one of the computer section’s staff.

On 5 May 1991, The Mail on Sunday published an article about Robbie’s case and repeated the serious allegation about the missing Addison’s letter. Again, West Glamorgan Health Authority did not provide the computer records that would have proven its authenticity. Furthermore, no libel action was initiated against either Wales This Week or the Mail on Sunday. Mr Powell believes that this is something you would have expected, if the allegations about the Addison’s letter were untrue.

But subsequently the GPs published statements calling Mr Powell and his wife liars, distorters of the truth and fantasists, with regards to the falsifying of Robbie’s medical records and the existence of the Addison’s letter. The Powells issued writs and sued the GPs for libel. The case was settled out of court in the Powells’ favour with an apology and substantial compensation.

The hospital computer records and the Welsh Office

In June 1991, Mr and Mrs Powell took their oldest son the Morriston hospital for an appointment. The receptionist mentioned he had been in contact with tuberculosis (TB) at Neath hospital. It was then that Mr Powell immediately realised, for the first time, that computer records must also exist for Robbie and may prove that the Addison’s letter existed. The Powells and their three sons, including Robbie, had all been TB contacts in 1985, and were all given consecutive computer hospital numbers when seen at Neath hospital. Furthermore, when Robbie was in hospital in December 1989 Forbes had overlooked the fact that the child had been in contact twice with TB, which can cause Addison’s disease. The Powell’s would come back to these crucial records at a later date.

Mr Powell appealed to the Welsh Office about the four GPs who had evaded disciplinary action at the FHSA hearing. The Secretary of State for Wales granted an appeal, and the hearing was set for three days, commencing on 17 March 1992. Mr Powell decided that all the evidence about the Addison’s letter, including Robbie’s elusive computer records, could be explored by his barrister. The appeal was adjourned on 19 March for six months because the three days allocated was insufficient to hear all the evidence.

The appeal was reconvened on 7 September 1992. But the Powells withdrew the following day when it was established that Robbie’s original GP medical records had gone missing for the intervening six months and had again been tampered with by the addition of documents not previously disclosed. The Welsh Office officials, tribunal members and the GPs all denied having possession of the missing records. But it was alleged that the Powells or their legal team had had them in their possession, regardless that the added documents could only have originated from the GPs. It was as a consequence of the chairman’s refusal to investigate this matter that the Powells lost confidence in the appeal process and withdrew. It cost them £34,000 in legal fees.

The Powells’ MP complained to the Parliamentary Ombudsman about the Welsh Office’s alleged maladministration but he was advised to first complain to the Secretary of State for Wales.The subsequent response from John Redwood, the Secretary of State for Wales at the time, contained untruths and misrepresentations about what had taken place at the appeal. When the Powells’ MP went back to the Parliamentary Ombudsman he then claimed that the complaint was outside his jurisdiction.

But in 1999, seven years after the appeal was convened, the then Parliamentary Ombudsman found the Welsh Office guilty of maladministration. But the ombudsman refused to recommend that the appeal hearing should therefore be reconvened. As a consequence, the Powells’ formal NHS complaint against the GPs was never concluded. Mr Powell claims this was due to bias at West Glamorgan FHSA initial hearing in 1990, the maladministration of the Welsh Office in 1992 and the impropriety of so-called independent tribunal members.

And as Part Three of this article will demonstrate, the scandal goes even deeper into the systems of state in the UK.

The Canary will be working with the Powell family on a further investigation into Robbie’s tragic death. You can read Part One of this article here; Part Three here; and all other articles in The Canary’s series here.