The government finally agrees to pay out for fire safety. But only for parliament - Canary 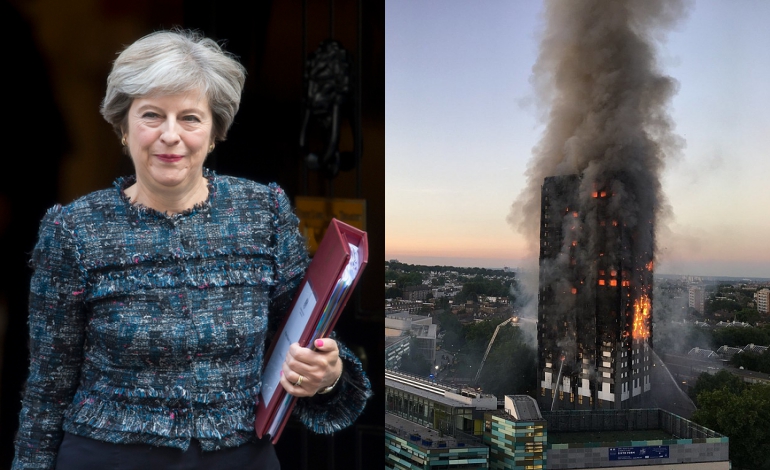 Theresa May’s government has finally decided to fork out millions of pounds for fire safety. But the £118m allocated will not help those living in tower blocks with insufficient fire protection. Instead the money will be spent on fire safety measures for parliament.

According to Inside Housing, parliament will spend the £118m over the next eight years. Improvements will include installing “high-pressure water mist systems” for some areas.

And there is reason to believe that parliament does need fire improvements. In 2012, 40 minor fires were reported over the course of four years. A House of Commons Commission report at the time stated:

The condition of the building impedes modern fire safety approaches.

Fire safety only for the government?

But while the government is spending money improving fire safety at parliament, it is ignoring requests for central funding from councils to help make tower blocks safer. And this is despite Communities Secretary, Sajid Javid, promising that councils would be reimbursed for refurbishments.

Housing minister Alok Sharma refused £8m to Nottingham City Council for fire improvements to its properties. Included in the plans were £6m to fit sprinklers. But Sharma didn’t believe sprinklers were necessary. He described the plans as “additional rather than essential”.

Following a fire at Lakanal House in South London in 2009 where six people were killed, a review of fire safety in tower blocks was promised. An investigation into the fire at Lakanal House found that there were failings including inadequate fire risk assessments and panels on the exterior walls not providing the required fire resistance. And one of the recommendations from the inquest into the people who died was to fit sprinkler systems.

In 2016, the government promised that it would review the regulations into fire safety. But this didn’t happen. And in March 2017, a spokesperson for the Department for Communities and Local Government said the review would be done “in due course”.

But the review never happened, and at least 80 people died in the Grenfell Tower fire. The tragedy led to the commissioner of the London Fire Brigade, Dany Cotton to call for it to “be a turning point”. Cotton continued:

This can’t be optional, it can’t be a nice to have, this is something that must happen.

Parliament’s fire safety does appear to need updating. And while parliament should have proper fire protections, serious questions need asking about its priorities. If the government can pay for its own fire safety, money should also be available to help councils protect their tenants.

But it is clear that the government does not care enough about the lives of poor people living in social housing to pay for their safety.