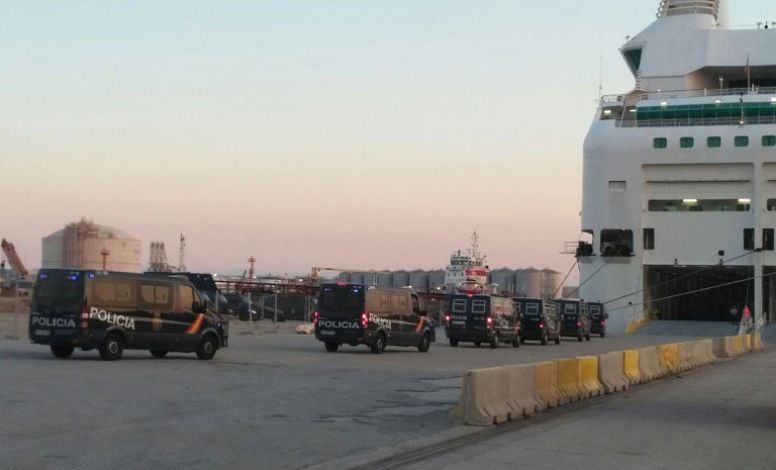 A referendum on independence for the Spanish region of Catalonia was approved by Catalan authorities, but declared illegal by Spain’s constitutional court. And in recent days, a clampdown on the referendum plans has seen more than 40 regional administrative offices raided and 14 officials detained. In response, thousands of people have taken to the streets.

Dock workers from the National Confederation of Labour (CNT), meanwhile, have tracked ships where up to 16,000 riot police are to be accommodated in preparation for the planned referendum. And ‘hacked’ police audio conversations suggest that officers are itching for a fight.

Dock workers with the Portuaris CNT in Barcelona tracked ships intended to accommodate riot police to the Prince of Spain and Lepanto dockyards:

One of the ships is a ferry ship called “Moby”: 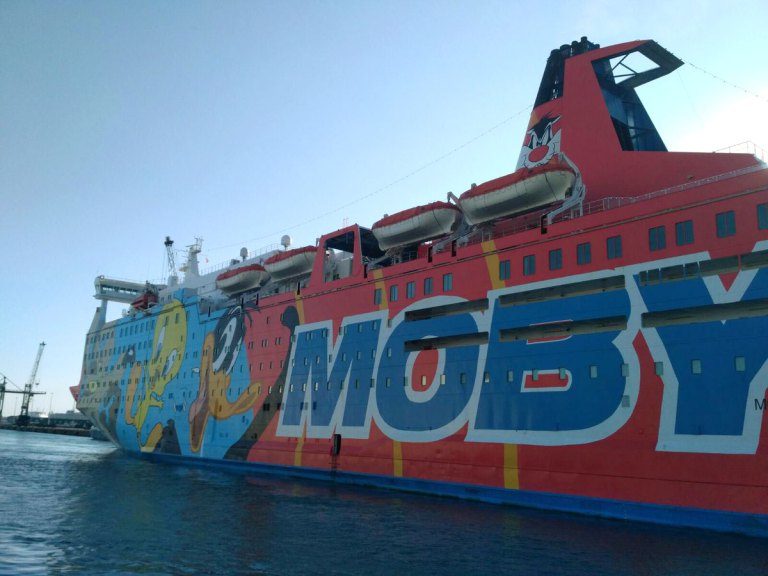 Another is a cruise ship called “Rhapsody” [Spanish]:

Dock workers also photographed riot police in vehicles, embarking on one of the ships in the Port of Barcelona:

Another ship – GNV Azzurro – is berthed in the Tarragona Andalusia Dock, and can accommodate 800 people.

Meanwhile, a police audio conversation [Spanish] has been ‘hacked’. In it, one person says [Spanish]:

Here, there’s enough police to raze Beirut. What we need is for [our superiors] to have balls and let us act…

A survey two months ago showed 49.4% of Catalans were against independence. But the heavy-handed response from Madrid may see that figure change significantly as people take to the streets, like at this protest in Tarragona: 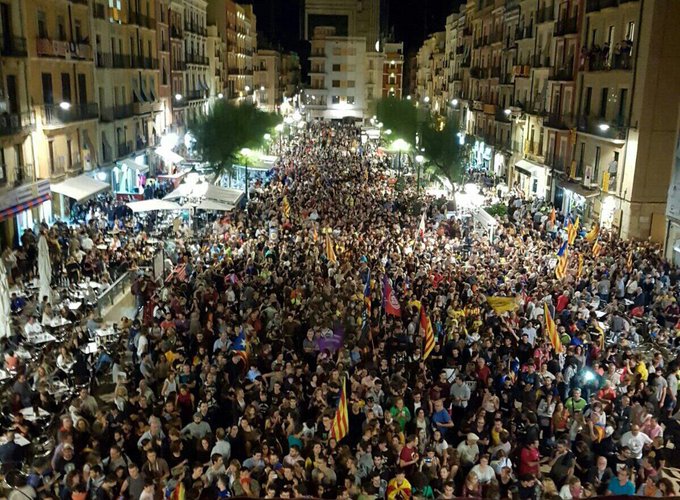 Madrid appears to be gearing up for a fight, though. And all leave for the Guardia Civil (paramilitary police which some people strongly associate with the fascist dictatorship (1939-1975) of Francisco Franco) has reportedly been cancelled.

There are also reports that activists have hidden 6,400 ballot boxes across almost 1,000 towns at secret locations. The operation has been long in the planning, and is based on guerrilla cells and encrypted messaging, with one person knowing where the ballot boxes are, another the voting slips, another the electoral lists, and so on.

In short, thousands of people want a democratic vote, but police are preparing to stop that from happening. In 21st-century Europe, that’s completely unacceptable.