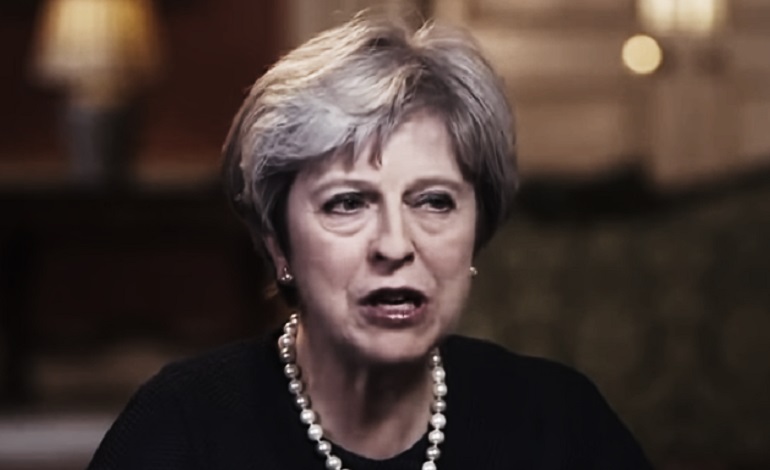 On 20 September, Prime Minister Theresa May addressed the UN General Assembly in New York. Her speech meandered through the usual topics – Brexit, terrorism, and policing the internet. But in typical style, she appeared to shoot herself in the foot when discussing global security.

The US and North Korea

May’s speech came hot on the heels of US President Donald Trump’s, which came the day before. In a bombastic debut appearance, Trump described North Korean leader Kim Jong-un as “rocket man” and threatened to “totally destroy North Korea”. The North Koreans responded by describing Trump as a ‘barking dog’.

Trump’s remarks provoked such shock that May apparently directed her comments at him as well as Kim Jong-un. She discussed “global values”, and made a clear reference to North Korea’s attempts to develop nuclear weaponry. She said:

it is this rules-based system which we have developed – including the institutions, the international frameworks… and laws and conventions like the Non-Proliferation Treaty – which enables the global co-operation through which we can protect those values.

The UK and Saudi Arabia

During May’s seven years as Home Secretary and PM, she has personally been involved in arms trading between the UK and Saudi Arabia. It’s estimated that, as a result, British contracts with the Saudis are worth an eye-popping £6bn.

This profit has been made since Saudi Arabia started its controversial bombing campaign in Yemen in 2015. UNICEF and Save the Children have both described the bombing as “indiscriminate”. And often, the victims and targets appear to be civilian.

May’s apparently profit-based support of Saudi Arabia therefore seems to contravene a treaty the UK has signed. The Arms Trade Treaty regulates the international weapons trade and is very clear in its provisos. Among other stipulations, it states:

licences cannot be granted ‘if there is clear risk that the items might be used in the commission of a serious violation of international humanitarian law’.

According to international law, it is a war crime to:

make the civilian population, or individual civilians not taking part in hostilities, the object of attack

What this says about Theresa May

The UN was supposedly conceived to prevent war whenever possible. Speaking before its members, however, May showed her true colours. She verbally attacked nations that flout treaties and international law. But at the same time, she almost certainly knew that her Saudi allies are doing the very same thing. And by supporting them for profit, our government shares their guilt.

There is a word for this sort of thing. And it’s hypocrisy.

– See more Canary articles related to arms and Saudi Arabia here. Also read more from The Canary Global. And follow us on Facebook and Twitter for more independent international coverage.