Coca-Cola and disaster go hand in hand, with communities sucked dry to make its drinks - Canary 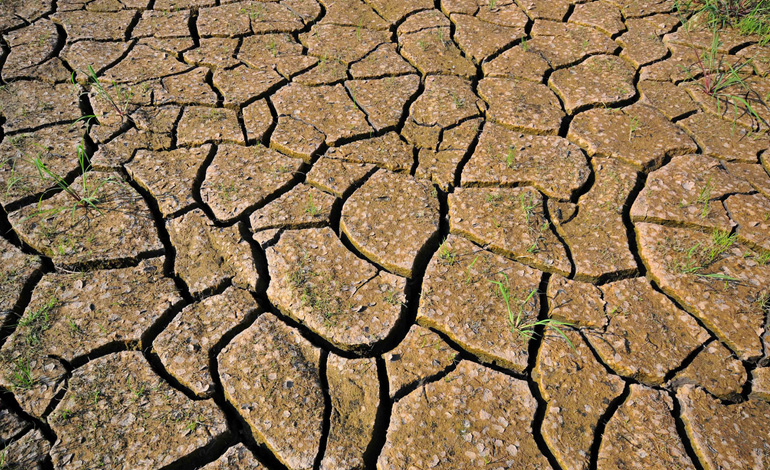 Wells are a crucial source of water for rural communities in the southern Mexican state of Chiapas. But Coca-Cola is reportedly sucking them dry to produce its drinks.

By draining more than a million litres a day from the water table just outside the state’s colonial capital of San Cristóbal de las Casas, the soft drinks giant is creating a health and environmental disaster.

More than a million litres every day

FEMSA is Coca-Cola’s bottling partner in Mexico. It has a production plant on Huitepec, a mountain overlooking San Cristóbal. Huitepec is a source of water for the city and surrounding settlements.

On 13 September, independent news site Truthout published an article saying the plant used more than 1.08 million litres of water every day in 2016. As a result, wells have “started drying up“.

People sometimes walk two hours a day to get water. Others have to buy their water.

Chiapas is Mexico’s most water-rich state. It produces 30% of the entire country’s needs. Despite this, a third of rural communities lack running water, and taps are not considered safe to drink from. Today, for example, salmonella carried in wells and taps has become an “endemic problem” in San Cristóbal.

But FEMSA (i.e. Coca-Cola) doesn’t struggle. When the company’s permit came up for renewal in 2005, the National Water Commission approved the use of a second well. The permit also allowed the soft drinks company to extract nearly 500 million litres of water annually.

It reportedly takes three litres of water to produce one litre of Coca-Cola. And one 2012 documentary, Coca-Cola: The Secret Forumla, reveals that 750,000 litres (the daily total then used by the plant) would be enough to provide drinking water for 10,000 people every day.

Deep wells allow FEMSA to do this. While community wells measure about 25 metres, the plant’s reach 130 metres down. Most communities don’t have the money or resources to compete with this. Urbano told Truthout:

We have been asking the government to install a deep well in the community for 12 years. We’ve gone to the municipal, state and federal governments, but they’ve done nothing.

Lack of access to drinking water has led many people to drink bottled varieties, or even fizzy drinks like Coca-Cola. Mexico is the largest consumer of sugary drinks in the world. In 2016, the country was drinking 163 litres per person each year.

For a long time, Coca-Cola was reportedly cheaper than bottled water. This led to major health crises including obesity and chronic disease, and saw the introduction of a ‘sugar tax’ in 2014.

Chiapas in particular has very high rates of consumption. Nationally, consumption of Coca-Cola products was 0.4 litres per person during 2013. In Chiapas, it was 2.25 litres; over five times more. This has led to the state being described as “the best example of what has become known as ‘Coca-Colization'” – or the soft drink invasion.

San Juan Chamula, a few miles from San Cristóbal, gives a clear example of how Coca-Cola has rooted itself into the local culture. Its church has incorporated Coca-Cola into its religious rituals; and indigenous farmworkers drink it while working. Traditional drinks like pozol and pox used to serve this purpose, but have largely been replaced by soft drinks.

The 2014 sugar tax may have reduced the consumption of drinks like Coca-Cola slightly, but it actually helped to create a bigger market for bottled brands of water. In 2015, this sector was dominated by Danone’s Bonafont, which accounts for 47%; Coca-Cola’s Ciel, which represents 19.4%; and Pepsico’s Epura, making up 7.1%.

As a result, an average Mexican household now buys 1,500 litres of bottled water per year. Truthout points this out as an integral failure of the Mexican government:

Article 115 of the Mexican Constitution requires all municipal governments to provide potable water, suitable for drinking and bathing, along with drainage, sewage and wastewater treatment systems. Despite the government’s responsibility, most Mexicans do not have safe drinking water in their homes.

Selling people what belongs to them

As the Huitepec-based Coca-Cola plant drains the mountain, water is then bottled and sold back to the locals.

In 2006, anti-poverty charity War on Want published the damning Coca-Cola: The Alternative Report. It said [pdf]:

Coca-Cola is positioning itself to take control of the water resources of the war-torn Mexican state of Chiapas, say local activists, who complain that the company has pressured local government officials into using preferential zoning laws to allow the privatisation of water resources.

And apparently, little has changed in the past decade. Corporate water use still takes precedence. In fact, a 2017 visit to Chiapas and wider Mexico saw UN Special Rapporteur Léo Heller criticise the government for not providing “reliable, safe and affordable” access to water.

Coca-Cola, meanwhile, has not just received criticism for its Mexican operations. The ‘Campaign to Stop Killer Coke’ has also documented abuses around the world. And unless customers demand change, the company will continue to suck more and more communities dry in its never-ending search for profit.

– Boycott Coca-Cola (and similar companies), or take other action if you are unhappy with the company’s behaviour.

– Donate to Kiptik, a British-based Chiapas solidarity group working on water and other health projects.

– Check out Zapatista Spring, a semi-fictionalised account of a Zapatista well project in Chiapas.