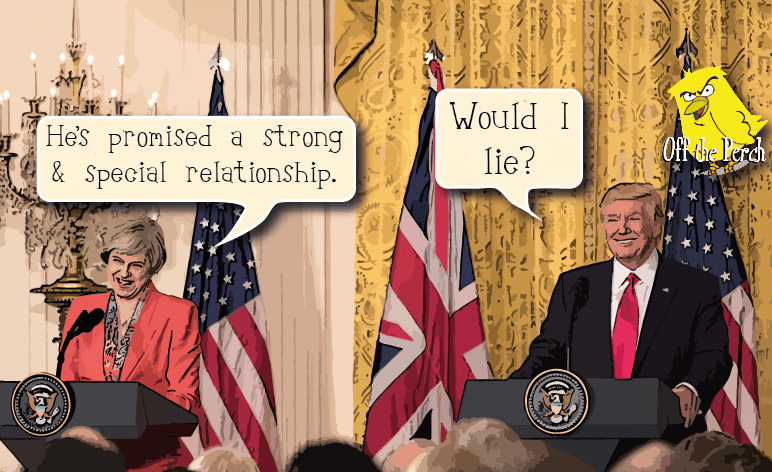 When Theresa May promised a strong and special relationship with President Trump, most of us said:

May robotically carried on as if no one was laughing at her, causing people to shout:

But of course, May just kept to the script. Almost as if she is – in fact – quite literally a robot.

Sing for your supper

Trump isn’t just greedy, though. He’s also allegedly quite petty and vindictive. Which is why some of our top companies have reported the following:

Of course, many people would prefer to see us subservient to America than in partnership with Europe. And it looks like they’ll get their wish.

Although perhaps they’ll repent on their death beds. As they find themselves in a McDonald’s-owned hospital – dying of a curable disease they can’t afford to be cured of, while chowing down on a bitter last meal of chlorine-washed meat and regret.