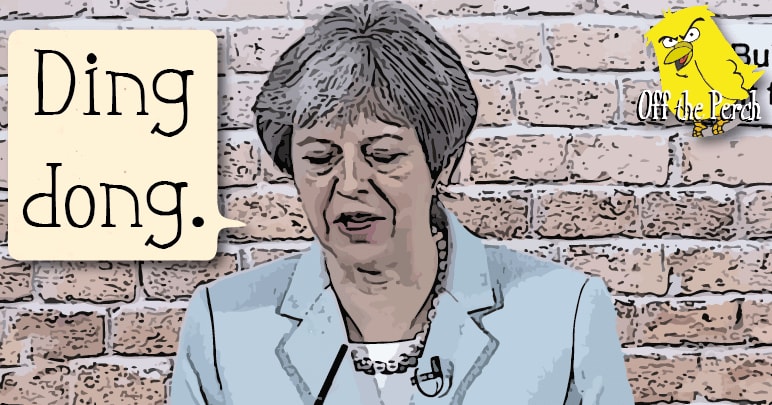 According to the Liberal Democrat deputy leader and Scottish MP Jo Swinson, we simply must have a statue to Margaret Thatcher.

But how could any one monument embody everything that made Thatcher what she was?

Don’t worry yourself thinking about that, because the geniuses at Tory HQ have come up with a solution.

Margaret Thatcher was many things to many people. At her core though, she was an absolute bastard who shut down coal mines without providing for the people who worked in them.

As such, there could be no better tribute than taking another absolute bastard and bricking her up in an abandoned mineshaft.

Off The Perch caught up with the government minister for symbolism to hear the thinking behind the scheme:

We needed a powerful symbol to honour Thatcher. We didn’t want to spend much money though, and thankfully we had a PM who was just sitting around not doing anything.

Obviously, we now have to replace the prime minister, but even that’s cheaper than paying for a proper monument. We just stuffed a suit with straw, gave it a speech bubble that reads ‘Brexit means Brexit’, and propped it up on The Andrew Marr Show.

The witch is dead

Some people are worried that the monument doesn’t fully encompass Thatcher’s legacy. If you’re one of those people, you can make sure that her influence remains unforgotten by: