A football legend is pulling the Conservative government apart on social media. It's delicious. - Canary 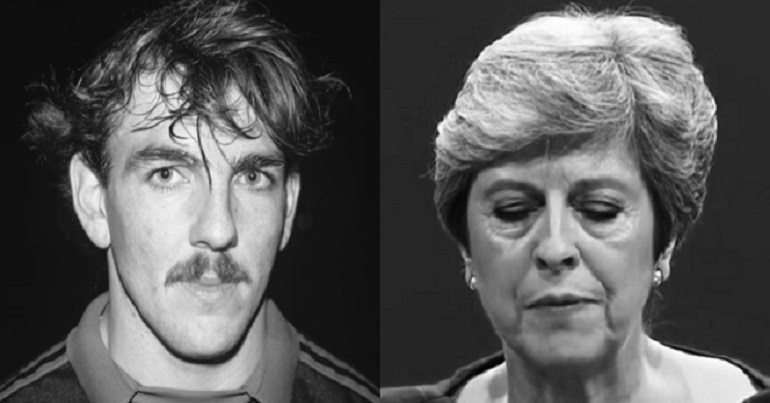 A former international football player is getting a reputation on social media for speaking out against the Conservative government, especially on homelessness. And it’s delicious to watch.

Sticking it to the Tories

Neville Southall is a former Welsh international and Everton footballer. But aside from the ‘beautiful game’, he is also rather political on social media. On Tuesday 6 March, he tweeted:

He wasn’t playing, either:

Southall regularly speaks out or shares information on various issues, including animal rights, racism and mental health. Southall let a mental health campaigner “take over” his Twitter on 4 March to raise awareness and start conversations:

#MHTakeover has begun! Join @HopeVirgo as she takes over my twitter to talk about #mentalthealth over the next hour! Come with your questions and thoughts!

He has also been tweeting furiously about the Conservative government:

And he doesn’t mess around when it comes to Tory-defending Twitter users trying to take him on:

Shame u don’t listen to staff then
Underfunded
Underpaid
Overworked

Southall even released his own “alternative Christmas speech” for lifestyle and news website JOE:

Football: a force for good

But most notable of late has been his support for homeless people and rough sleepers. He has been sharing and supporting the work of grassroots homelessness group Streets Kitchen. Also, he helped me promote Streets Kitchen’s rally – ‘No More Deaths On Our Streets’ – on Saturday 3 March: 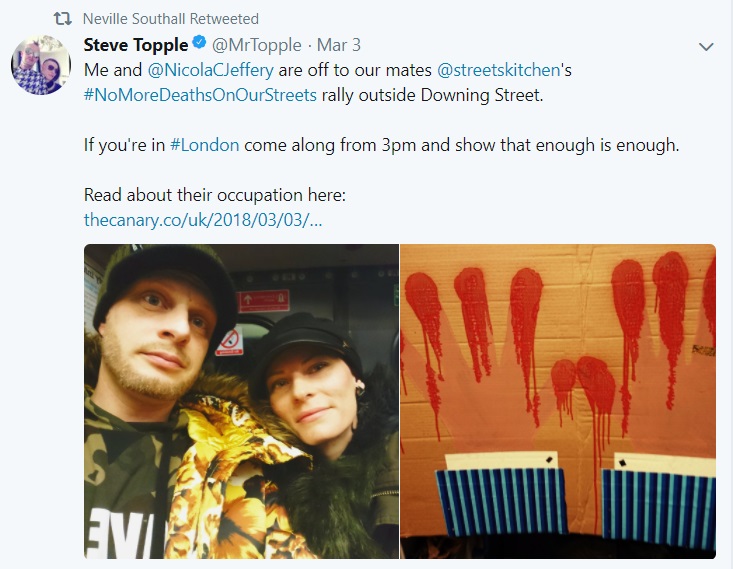 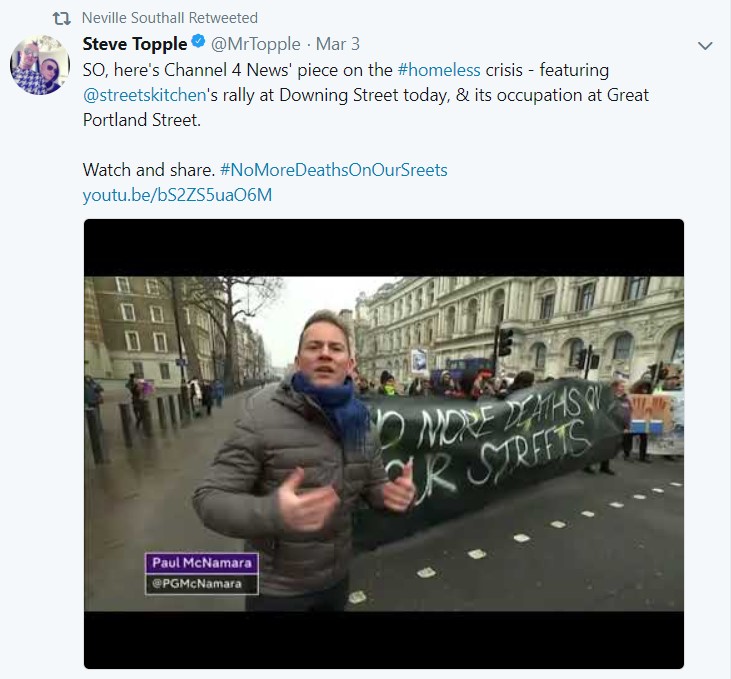 As The Canary‘s Nye Jones reported, people marched with Streets Kitchen through central London to raise awareness of the situation for homeless people and rough sleepers in the UK. Jones noted:

No one should have to sleep on the streets at any time. Britain is the fifth largest economy in the world. And it is estimated that over 200,000 homes lie empty in England alone. Under Conservative rule, rough sleeping has increased 169% since 2010. Meanwhile, the fact that the Rough Sleeping and Homelessness Reduction Taskforce has reportedly not even met since its creation in 2017 makes a mockery of the government’s plan to eradicate rough sleeping by 2027.

Streets Kitchen is currently occupying the Sofia House building at 204 Great Portland Street, London. It has been offering support and a roof to around 60 people, and Neville’s support is a much-needed boost for Streets Kitchen’s work.

It’s great to see a high-profile footballer using his status to promote good causes and speak out against injustices. It’s even better when it directly makes a difference in people’s lives.

– Streets Kitchen needs your donations. If you have camp beds, sleeping bags, heaters, duvets, or anything else which you think will help, take them down to the occupation on Great Portland Street.