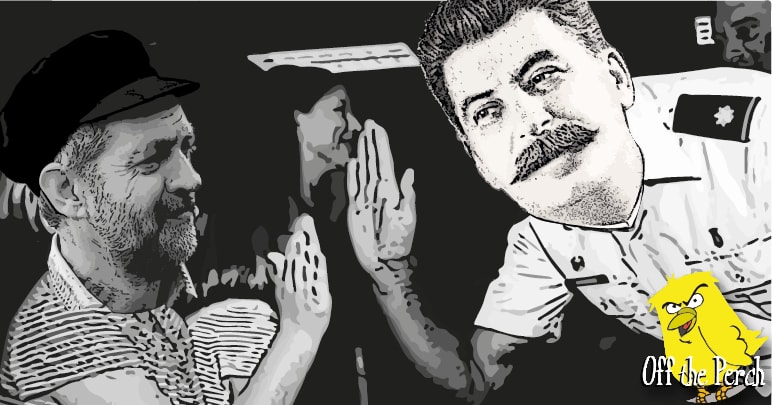 Hats off to them

Off The Perch caught up with Miss Infa Mation – the BBC’s head of explaining why all complaints are in fact baseless whinging:

OTP: Did you really think this image was appropriate?

IM: Look, despite what Owen Jones said, we didn’t photoshop the hat. We altered everything else obviously, but the hat stuff is conspiratorial nonsense.

OTP: Forgetting the hat for a moment, would you not agree that picturing Corbyn high-fiving Stalin during the middle of an international incident might lack impartiality?

IM: I agree that it lacks hat photoshopping.

OTP: I feel like you might be focusing on the trivialities of this to deflect from the more serious issue at hand.

IM: No one complained when we ran a picture of Boris Johnson high-fiving a Russian oligarch.

OTP: Yes, but that picture was real. As was the one of them go-karting.

IM: I suppose you probably think we photoshopped his helmet to look more communist.

OTP: While we’re on the subject, you are aware that the Soviet Union fell, right? Russia hasn’t been communist for some time.

Some people have argued that if the left can photoshop images of David Cameron being friendly with pigs, why can’t the BBC do this?

The answer is that: