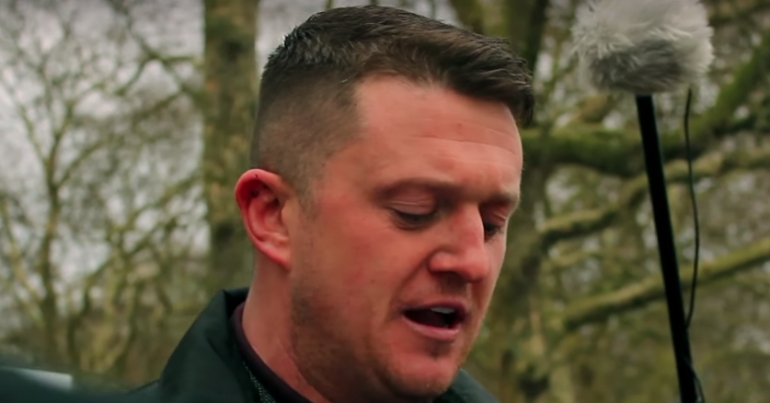 Robinson’s delivery of the speech caused a lot of tension during the event, with violence breaking out.

In the speech, Sellner called on the British public to say “no to Islamisation” and “no to mass immigration”. British police said that the speech ran the risk of “inciting tension between local communities”. And incite tension it did.

Generation Identity wants to prevent migrants from entering Europe. In the first half of 2017, the UN estimated that over 100,000 migrants and refugees made the treacherous journey on boats to Europe. Members from Generation Identity were previously caught attempting to stop a rescue ship that saves these people from drowning. Sellner and his movement are particularly opposed to Muslim immigration.

Those who came to support Robinson and free speech were also caught out silencing a well-known public speaker.

Heiko Khoo has been speaking at Speakers’ Corner since 1986. He stood up to speak at Robinson’s event but was soon silenced by Robinson’s supporters.

Robinson and his supporters claim to be defending free speech. But this behaviour suggests otherwise. It seems the kind of speech they’re interested in protecting is that which fans the flames of fear and antagonism.